Twitter suffered a massive outage that affected most of its services on Thursday. Users began to report issues starting around 5:15 p.m. ET.

People could not refresh their timeline, tweet, search or access their lists; some were able to send direct messages.

TweetDeck was also not working.

The social media giant did not immediately release a statement regarding a cause of the problem, only stating, “We are currently investigating this issue.” and “We are continuing to monitor as our teams investigate.” 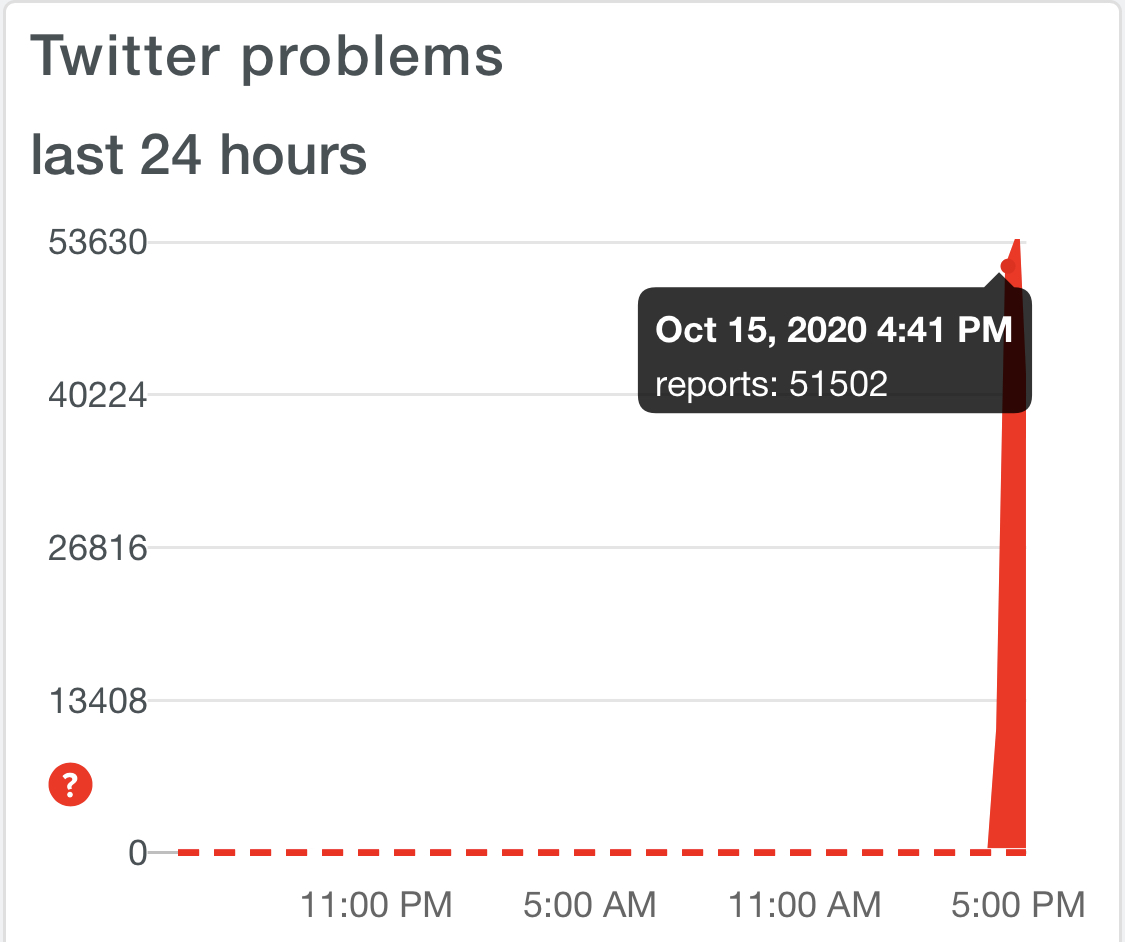 The outage comes on the heels of criticism from users who believe Twitter blocked the spread of a New York Post story in an attempt to help Democratic Presidential candidate Joe Biden. On Thursday, Republican senators threatened to subpoena Twitter CEO Jack Dorsey and Facebook head Mark Zuckerberg for answers regarding the selective restriction of news.

Senate Republicans vow to subpoena Twitter & Facebook over blocked Biden story@HawleyMO: “The attempt to rig an election—which is what we're seeing here—by monopolies is unprecedented in American history."

Is the outage affecting you? Leave a comment below!