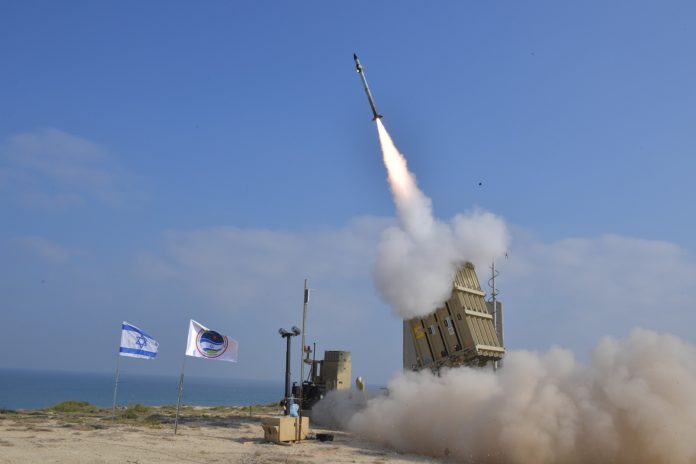 Just before 9:00 p.m. Israel time on Tuesday, a rocket was fired from the Gaza Strip at Israel. The Color Red sirens were heard in the Israeli towns of Kfar Aza, Nachal Oz, and Kibbutz Sa’ad all located in the Gaza periphery. Residents in the area reported hearing echos of explosions in the sky as the rocket was shot down by the Iron Dome battery.

This is the second launch of a rocket from Gaza against Israel in less than a week. On Friday, a rocket was launched from Gaza towards the city of Ashkelon. There were no reports of injuries or damage in that incident either.

Just 2 hours after we exposed a terror tunnel dug from Gaza into Israel, terrorists in Gaza fired one rocket toward Israeli civilians.

The Iron Dome intercepted the rocket.

We will protect Israeli civilians
from threats above and below ground.