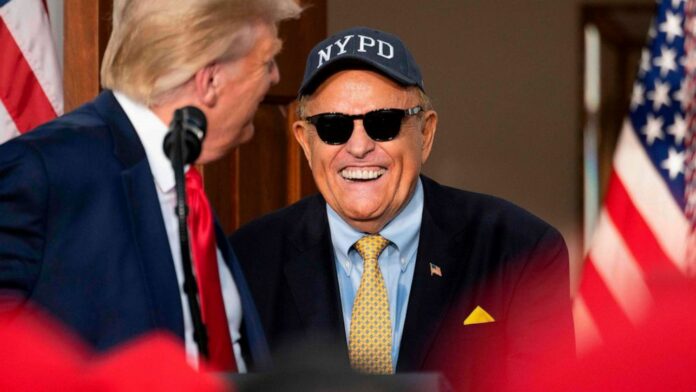 President Donald Trump’s legal team repeated its vow Sunday to bring a wave of new lawsuits contesting Joe Biden’s win of the presidency, starting with a suit to be filed Monday alleging that Philadelphia and Pittsburgh were awash in vote fraud.

Rudy Giuliani, Trump’s personal lawyer, elaborated on the pending suits in an interview on Fox News.

He contended the suits could reverse the outcome, at least in Pennsylvania.

Giuliani said there were voting issues in as many as 10 states. “This was a national plan by Democrats,” he told interviewer Maria Bartiromo on her Sunday Morning Futures show.

After Giuliani made multiple claims of voter fraud, Bartiromo wondered why federal law enforcement had not launched an investigation.

Giuliani appeared to be taken aback by the question.

“Uh, uh,” he said, struggling for a response. “The answer to that is I don’t know and I can’t worry about it.”

“At this point it would be wrong for him to concede,” Giuliani replied. “There is strong evidence that this was an election — at least three or four states and possibly ten — it was stolen.”