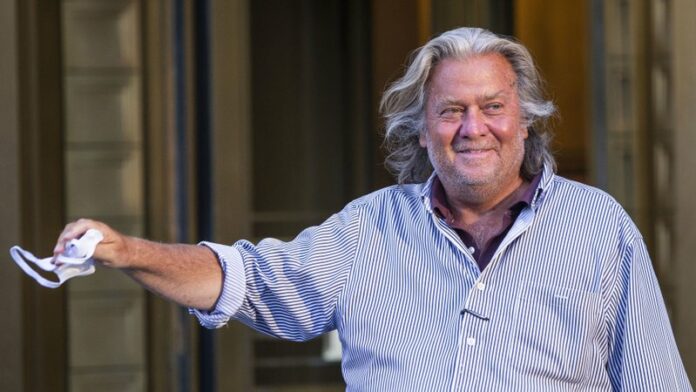 A prominent Washington lawyer defending President Donald Trump’s former chief strategist against charges that he cheated donors to a southern border wall notified a judge Wednesday that he’s no longer the right lawyer for the job.

Attorney William A. Burck sent a letter to the trial judge in Manhattan federal court to say that Burck and Stephen Bannon had amicably agreed that new lawyers would be better suited to Bannon’s defense strategy.

He said Bannon is looking for new attorneys.

Bannon faces a May 24 trial on criminal charges alleging that Bannon and at least three others unlawfully raised over $25 million for the “We Build The Wall” campaign. The group sought to fund a southern border wall.

He has pleaded not guilty to charges alleging that thousands of investors were duped into thinking all of their donations would go toward the project, even though Bannon diverted over a million dollars, paying salary to one campaign official and personal expenses for himself.

Bannon was arrested in August aboard a luxury yacht off the coast of Connecticut. He is free on $5 million bail.