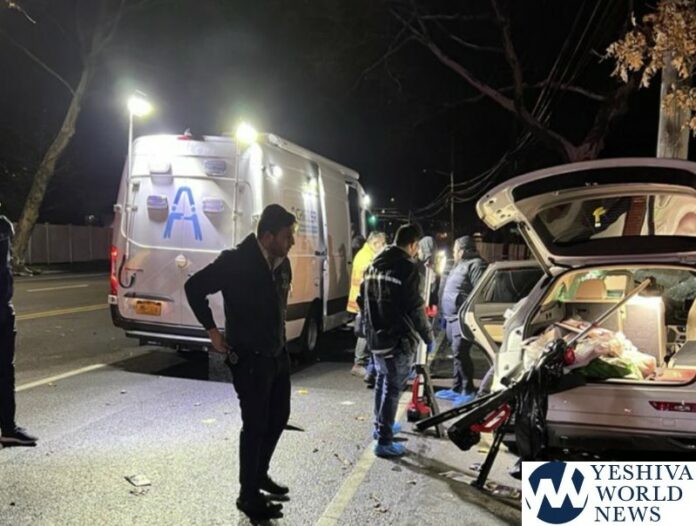 The mother injured in the horrific accident in Woodmere on motzei shabbos remains in grave condition, with an outpouring of tefillos and zchusim needed for her refuah sheleima.

A second accident victim remains in the ICU at Long Island Jewish Medical Center but is baruch hashem rapidly improving and is expected to make a full recovery, though the process will be long and arduous.

The two other girls in the accident suffered more moderate injuries and one has already been discharged from the hospital.

As previously reported on YWN, 15-year-old Liel Namdar A”H from Great Neck, one of the girls riding in the vehicle struck by a drunk driver was tragically killed in the accident, with her kevurah taking place in Eretz Yisroel on Monday.

A fund has been set up to support the family of the mother who remains in severe condition, as her family faces dire financial straits. The fund, set up by TAG, Rabbi Friedman of Rambam, the Rabbonim of the North Woodmere Jewish Community, and Achiezer, has already garnered donations from thousands of yidden who have chipped in to assist the woman and her family. As of this posting, more than 6,100 people donated to this cause, raising a whopping $518,000. Mi K’amcha Yisroel!

May the tzedakah given to support the injured woman and her family be a zchus for the refuah sheleima of all the victims of this tragedy.

YWN must note the incredible work that the Achiezer Organization has been doing since this tragedy struck, as they have been working around the clock assisting the victims, their families, and the thousands affected by this terrible tragedy.