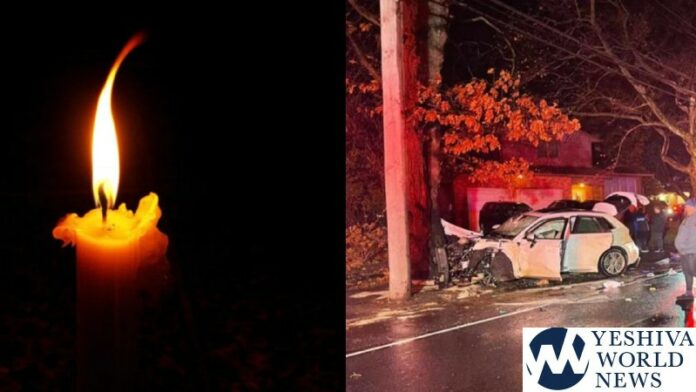 Tragedy struck the Great Neck and Five Towns Jewish communities on Sunday, as word spread of a horrific crash on Motzei Shabbos, involving a vehicle with girls returning from a Camp Sternberg reunion.

A Hatzolah member happened to be on the block at the time and radioed for backup and began providing care to the victims. Hatzolah worked tirelessly to render aid, and transport the victims, using massive amounts of resources dispatched within minutes to the scene.

Unfortunately, rumors have been viral on social media since the crash, stating that two victims were deceased. That is incorrect.

Tragically, YWN regrets to update that 15-year-old Liel Namdar A”H from Great Neck was Niftar from massive injuries sustained in the crash. Levaya details were still being finalized as of 9:45AM.

Additionally, please say Tehillim for Miriam bas Yocheved, a 38-year-old woman who is in critical condition and needs our Tefilos.

Two other occupants remain hospitalized from the Audi in stable condition. The occupants of the pickup truck suffered minor injuries.

The Achiezer organization has been working tirelessly with local authorities to ensure proper Kavod Hames, with numerous volunteers working at the scene all night as well as Achiezer teams in the various hospitals and working with the family. 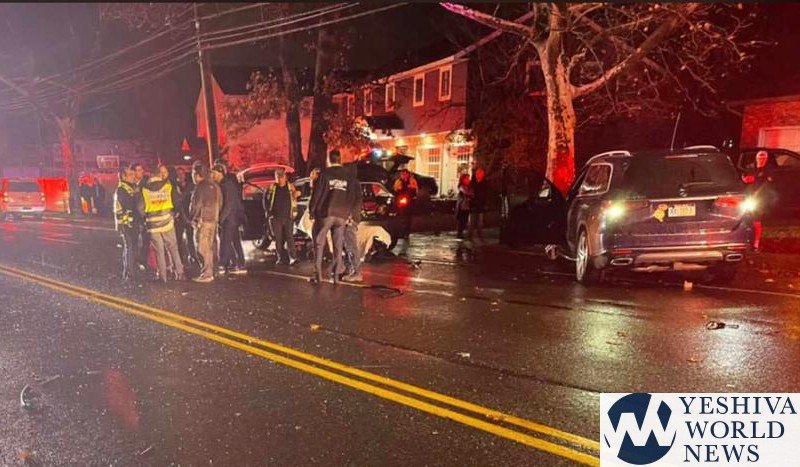 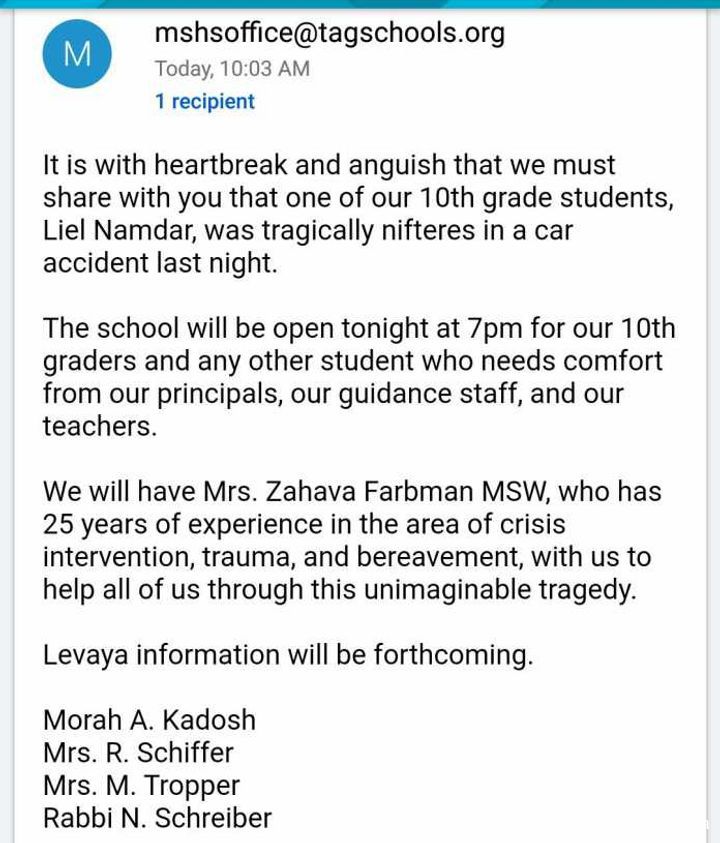 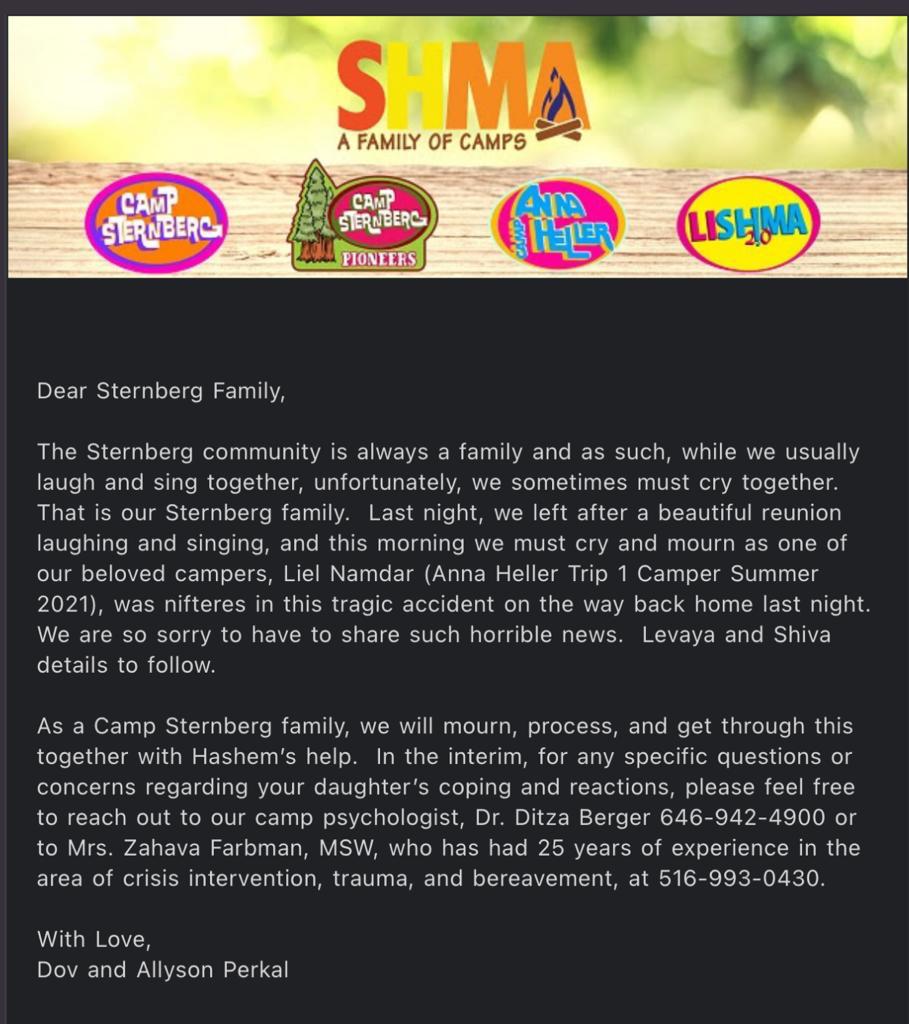