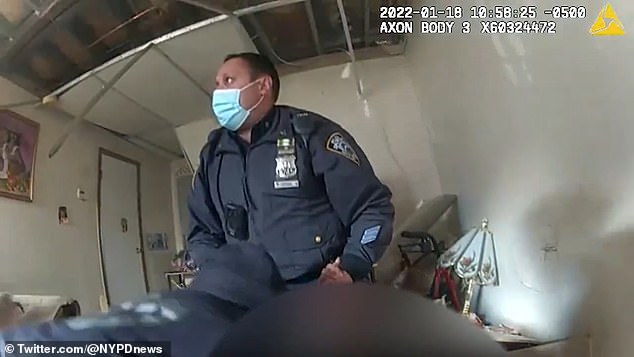 The heroic rescue of a woman trapped under her couch after an explosion in the Bronx was captured by NYPD officers’ body cameras.

The video footage shows the officer racing directly into the chaos to rescue a 68-year-old woman who had been injured in the blast, believed to have been sparked by a gas leak.

“We saved lives today. Our actions saved lives,” Mayor Eric Adams, a former NYPD officer, said at the scene. “When you see the bodycam video, you’re going to see the quick response of the officers going into the building next door from the explosion, not realizing if there would be an additional explosion, but they went inside and carried out a woman who was trapped inside.”