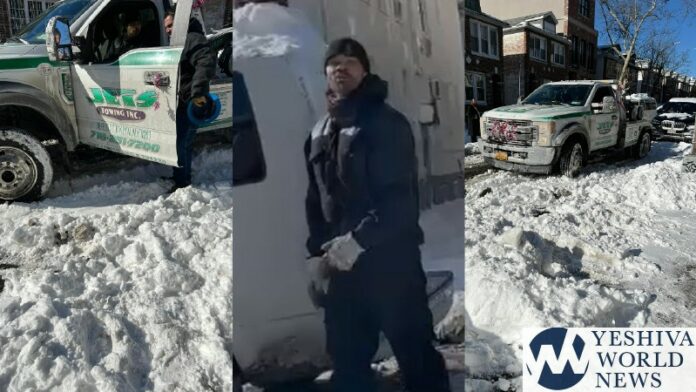 A tow truck driver in Boro Park unleashed an antisemitic diatribe after being called out for blocking a street.

The incident occurred at about 10:30 Sunday morning on 50th Street between 9th and 10th Avenues. The tow truck was blocking the street for an extended period of time, and local residents made multiple requests for the man to move so that cars could pass.

Instead of granting the simple request, the tow truck driver exploded in a fit of rage against the Jews who had the gall to ask him to move.

YWN encourages our readership to boycott companies who employee anti-Semites like this.

UPDATE: YWN has confirmed that the tow truck driver who made the hateful comments has been terminated from his position, effective immediately.

In addition, the owner of the towing company has been in touch with local residents who were victims of this abuse, and is doing everything to make amends. YWN commends the actions of the owner of this company, who is standing against all hate.

THE VIDEO BELOW HAS BEEN REMOVED.