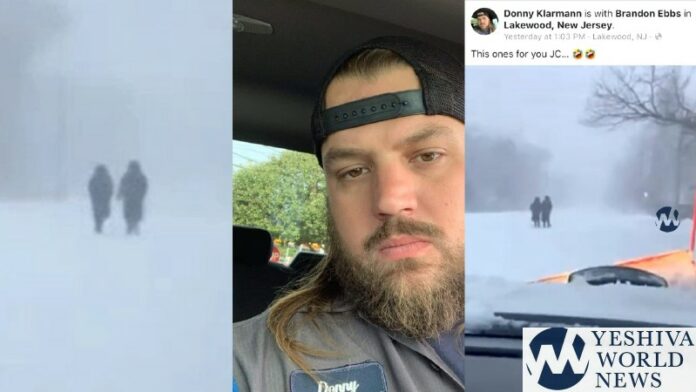 The clip shows the driver lowering his plow as they approach two Orthodox Jewish men presumably walking to shul during the blizzard on Shabbos morning.

The lowered plow caused the victims to have massive amounts of snow and ice pour onto them, causing the pair to burst out laughing.

The video was posted by the alleged perps, named Donny Klarmann and Brandon Epps, on Facebook. Klarmann is an employee at Waste Management, a company that does garbage collection, snow clearing, and other public services. Epps is employed as an IT technician.

The ADL tells YWN it “is aware of the incident and is investigating as well as reaching out to the Town to find out more.”