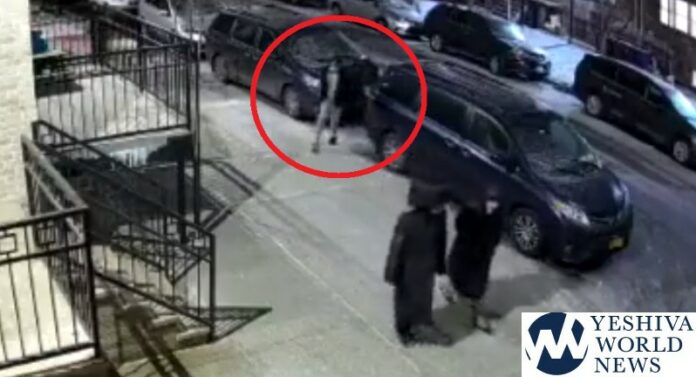 The NYPD Hate Crimes Unit is investigating after an unprovoked attack on a pair of Jewish men occurred on Friday night.

The United Jewish Organizations of Williamsburg and North Brooklyn (UJO) says the incident occurred as the Jewish men were walking in the area of Marcy Ave. and Stockton St. in Williamsburg.

Security footage from the attack shows two chasidic males walking on the sidewalk, when a suspect creeps up behind them and strikes one of the men in the head.

The suspect then fled the scene as the victims gathered their bearings. No words were exchanged between the suspect and his victims.

Shomrim and the UJO contacted the 79th NYPD Precinct, who have initiated an investigation into the incident.

In a second reported incident, two suspects attacked another pair of chasidim, throwing their shtreimels to the floor before fleeing.

Anyone with information regarding this incidents is requested to contact police and Williamsburg Shomrim.