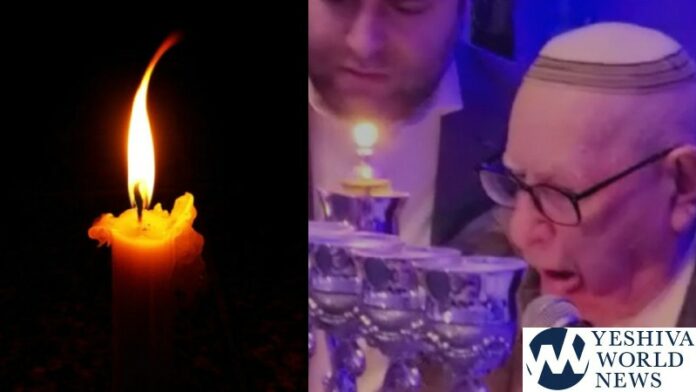 Mr. Jack Mikulincer Z”L was heading to shul for mincha in a wheelchair and was being accompanied by his long-time friend, who is a Flatbush Hatzolah member. As Mr. Mikulincer crossed the intersection of Coleridge Street and Oriental Boulevard, he was fatally struck by a BMW SUV.

Chesed Shel Emes was on the scene of the accident after Shabbos to ensure kavod hameis.

Police said that the driver of the SUV remained at the scene following the crash, which is still pending an investigation.

Mr. Mikulincer was a Holocaust survivor who went on to fight for Israel in its War of Independence in 1948. After coming to America, he opened a bakery in Brighton Beach, which he ran for decades. He was well-known for standing for the entire kriyas hatorah each week despite his advanced age – including yesterday, just hours before he passed on to the Next World.

“He was a very special man,” a Brighton Beach resident told YWN. “He had a sharpness of mind that stunned everyone, myself included.”

“On Shabbos morning, the day of his petirah, he was so alert that he was the only one in the shul to catch a mistake made by the baal koreh, and corrected him on the spot.”

The levaya is set to take place at 3 pm on Sunday at Wellwood Cemetery. Attendees should meet at the cemetery office.