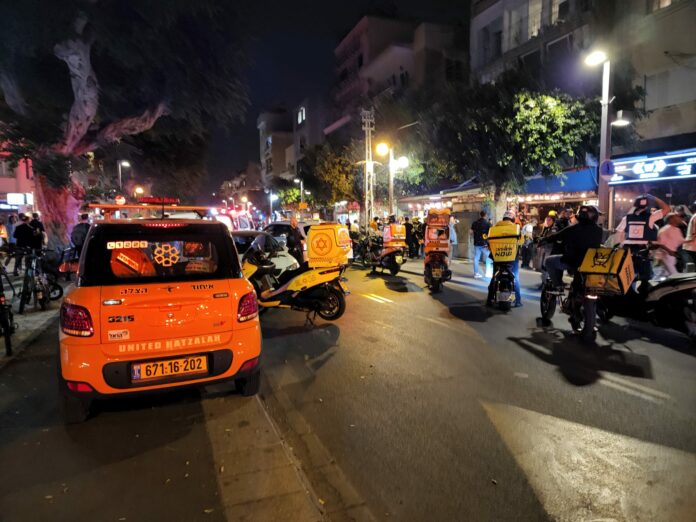 At least two people have been killed and numerous others injured in a terror attack on Dizengoff Street in Tel Aviv, the latest terror attack to rock Israel and the fourth in the past two weeks.

Magen David Adom EMTs and Paramedics treated and transported a total of nine patients to Ichilov, Sheba Tel Hashomer and Wolfson Hospitals. Two approximately 30-year-old males were transported to Ichilov while receiving CPR. Resuscitation efforts at the hospital were unsuccessful and they were pronounced dead.

Three others were seriously injured and transported with gunshot wounds – a 38-year-old male, a 28-year-old female, and a 20-year-old male.

Hours after the shooting, the suspected gunman remained at large. Hundreds of Israeli police officers, canine units, and army special forces were conducting a massive manhunt in central Tel Aviv, searching building by building through the densely populated residential neighborhoods.

Amichai Eshed, the Tel Aviv police commander, said the shooter opened fire into a crowded bar at around 9 p.m. and then fled the scene.

“Our working assumption is that he is still in the vicinity,” he told reporters. “As of right now, there are indications pointing to this being a terrorist attack, but I have to be very delicate about this, and say that we are also checking other leads.”

Prime Minister Naftali Bennett was monitoring the situation from the Israeli military headquarters, which is also in downtown Tel Aviv, his office said.

“There was a major commotion at the scene, with dozens of people running through the streets,” said MDA paramedics Tomer Gosman and Yisroel Weingarten said. “Near the entrance of a building we saw a male, approximately 30 years old, who was unconscious and had gunshot wounds. We immediately began resuscitation attempts and transported him to hospital in critical condition.”

“Behind one of the tables, we saw another unconscious patient, and he too was transported to hospital in a MICU in critical condition while undergoing resuscitation. The hospital teams continued medical treatment but unfortunately their injuries were fatal, and they were pronounced dead.

“Three others were seriously injured – a 38-year-old male, 28-year-old female and 20-year-old male, who were all conscious, as well as four victims in mild condition, were treated at the scene by large numbers of MDA teams, and then transported to hospitals in ambulances and MICUs.”

United Hatzalah volunteer EMT Akiva Kauffman, who was one of the first responders at the scene at Dizengoff Street reported, “There were a number of very serious scenes in which attacks took place. I treated and transported one person who was in serious condition in one of United Hatzalah’s ambulances to the hospital. Additional injured people were transported in other ambulances both from United Hatzalah and other ambulance companies. Additionally, the Psychotrauma and Crisis Response Unit responded to the incident and treated numerous people who suffered emotional shock and trauma due to having witnessed the shootings.” 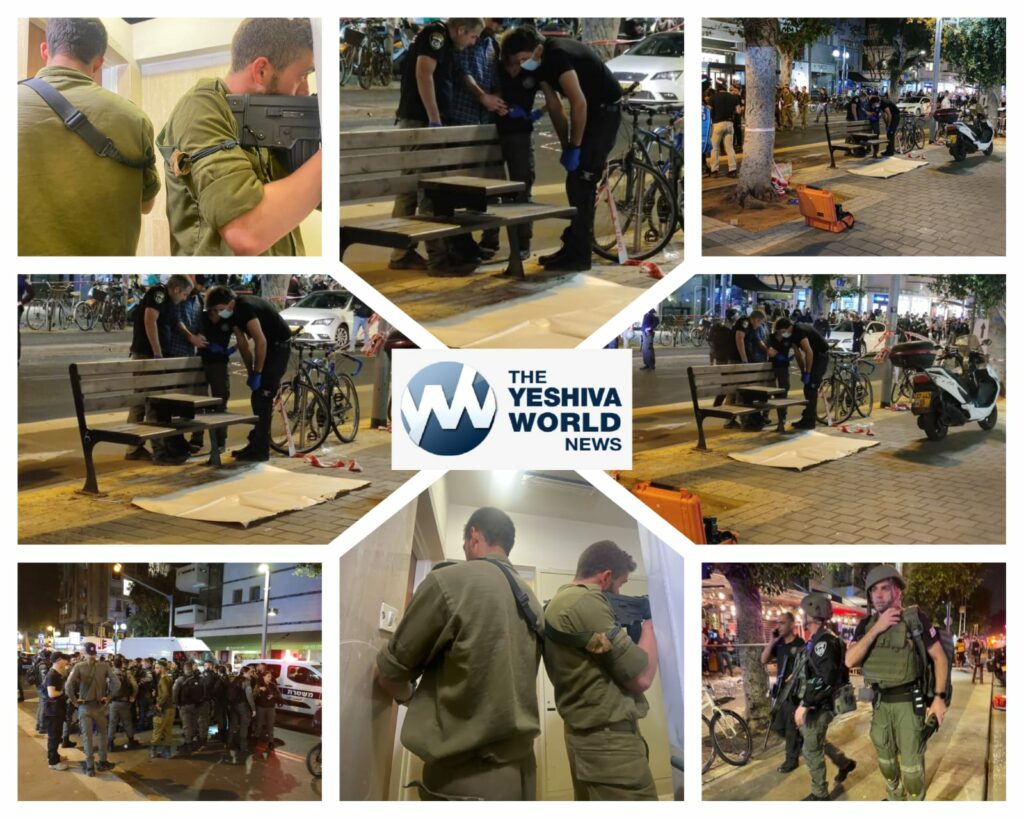 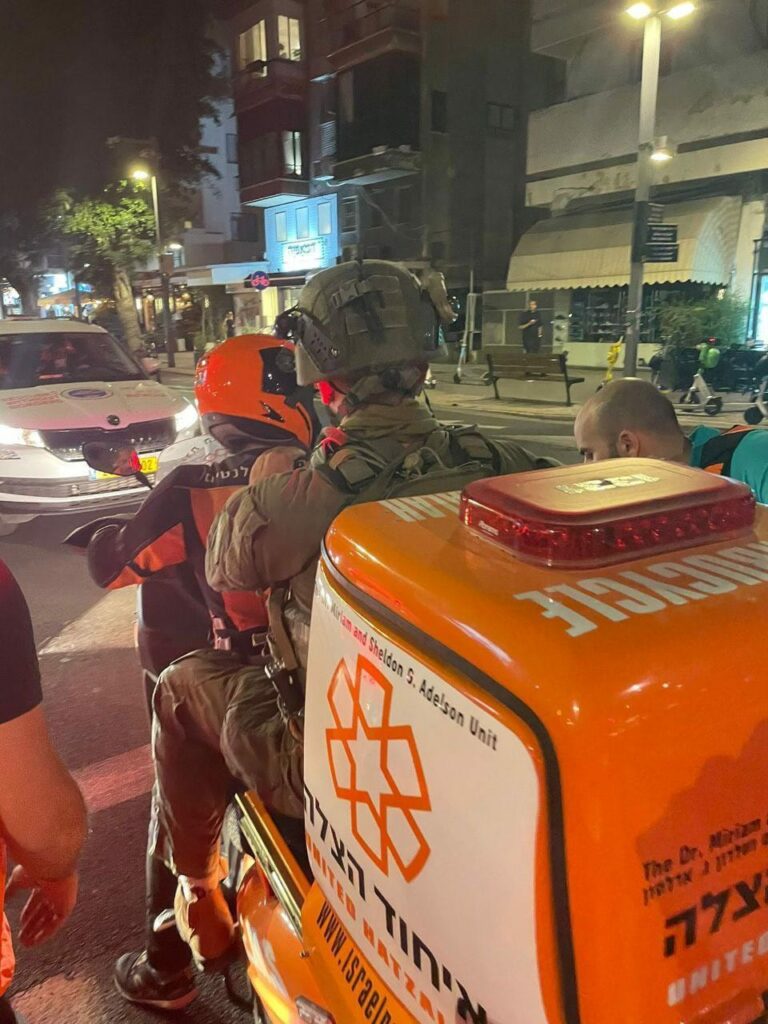 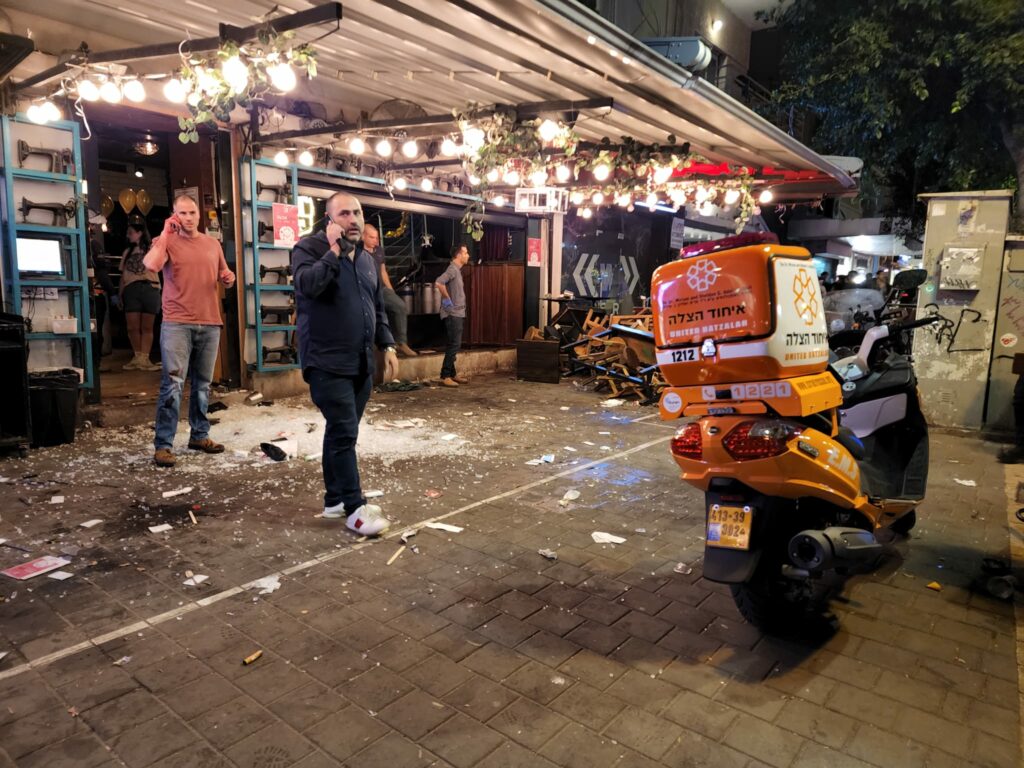 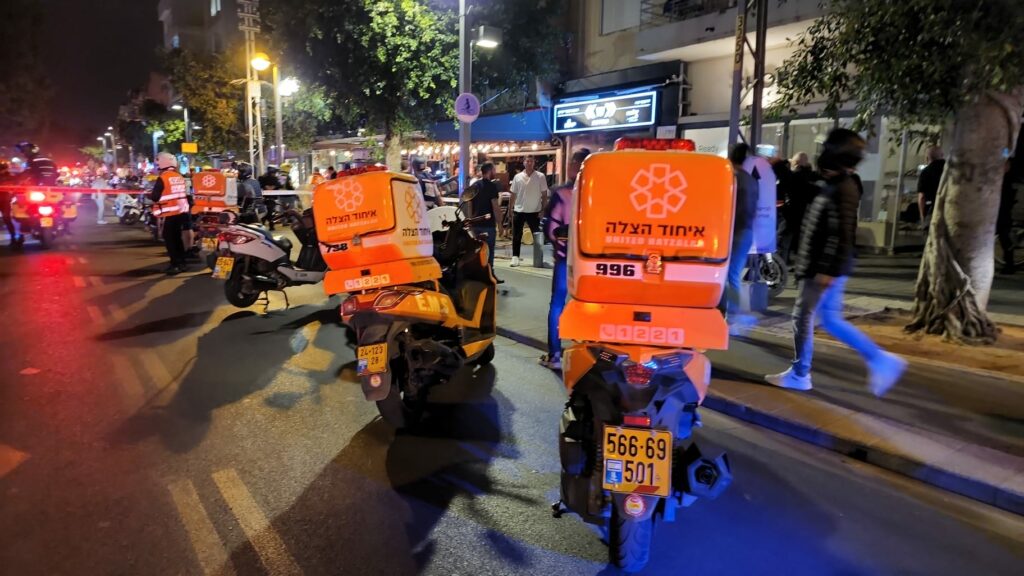 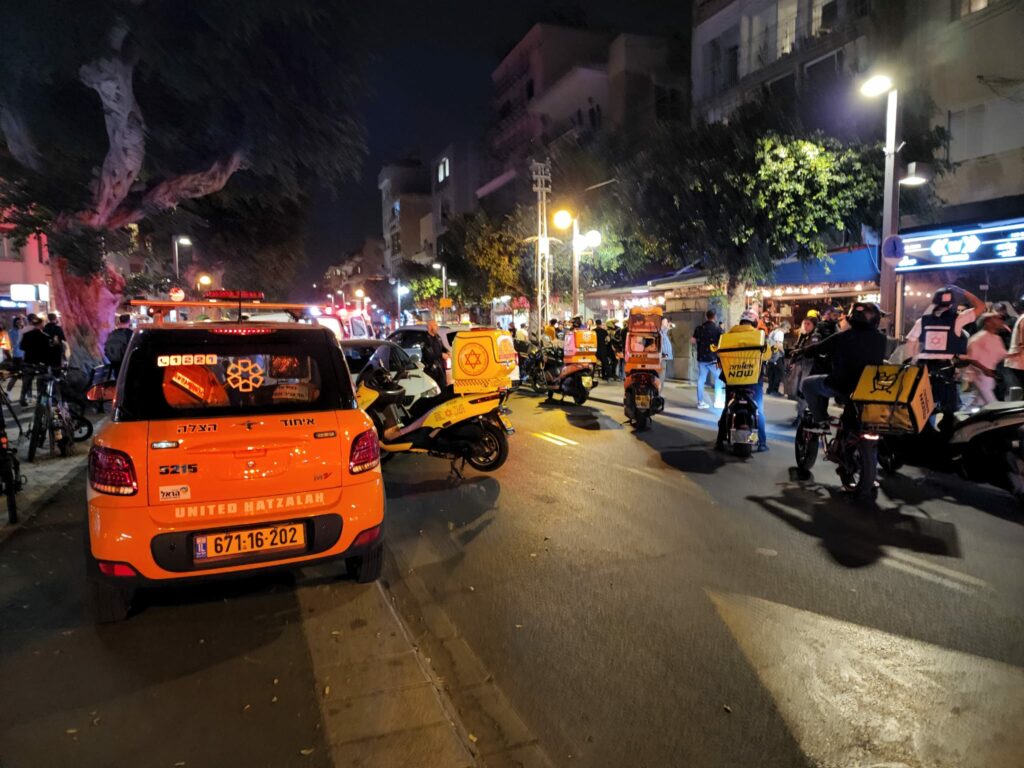