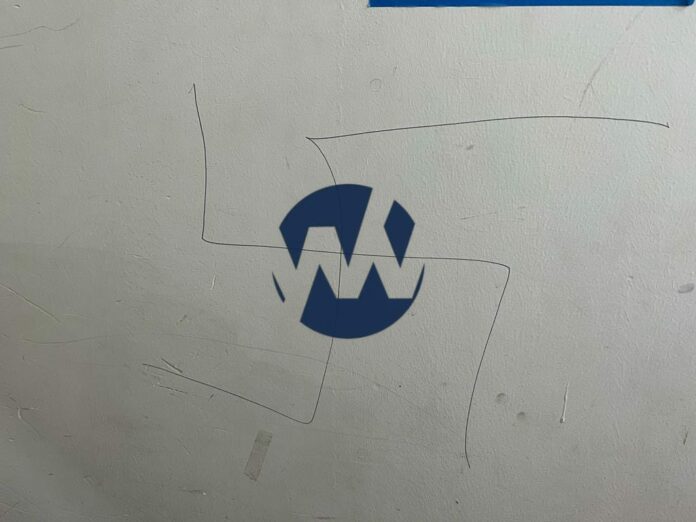 Following an investigation by the Ramapo Police Department bolstered by the assistance of Rockland Chaveirim, a suspect has been taken into custody and charged for allegedly scrawling swastikas in a shul two weeks ago.

The swastikas were found on a Friday night by mispalelim of the Sanz Shul. The suspect is the friend of an individual who works as a janitor in the shul, the Monsey Scoop was first to report.

A statement provided to YWN by the Ramapo Police Department reads: “After an investigation, the Ramapo Police Investigations Division placed one individual under arrest. A 32 year old male from Hillcrest, was charged with Criminal Mischief 4th Degree as a Hate Crime (E-Felony) for damaging the property in excess of two hundred and fifty dollars. He was also charged with Aggravated Harassment 1st Degree (E-Felony) for drawing swastikas on the property and building of another without permission. These crimes are not qualifying offenses requiring bail under the New York State Bail Reform Laws. On the order of Town of Ramapo Honorable Judge Desir, he was released from custody without bail on June 25, 2022 on a Desk Appearance Ticket for return to court at a future date.