OK Kosher has pulled their certification of Kosher Chinese Express in Manalapan, NJ, after damning video emerged of the eatery’s proprietor buying treif meat and chickens at a nearby wholesale store.

In a statement, OK Kosher said that “after intense and careful investigation” into the allegations, it has determined that it must pull its hashgacha from the popular restaurant, and said the eatery is no longer operational.

“In consultation with Poskim it is recommended that customers of Chinese Express that have purchased any of their products in the past 6 months and used any of their personal utensils are advised to Kasher those utensils. Please reach out to your personal Rav for guidance and further instructions,” the statement said. 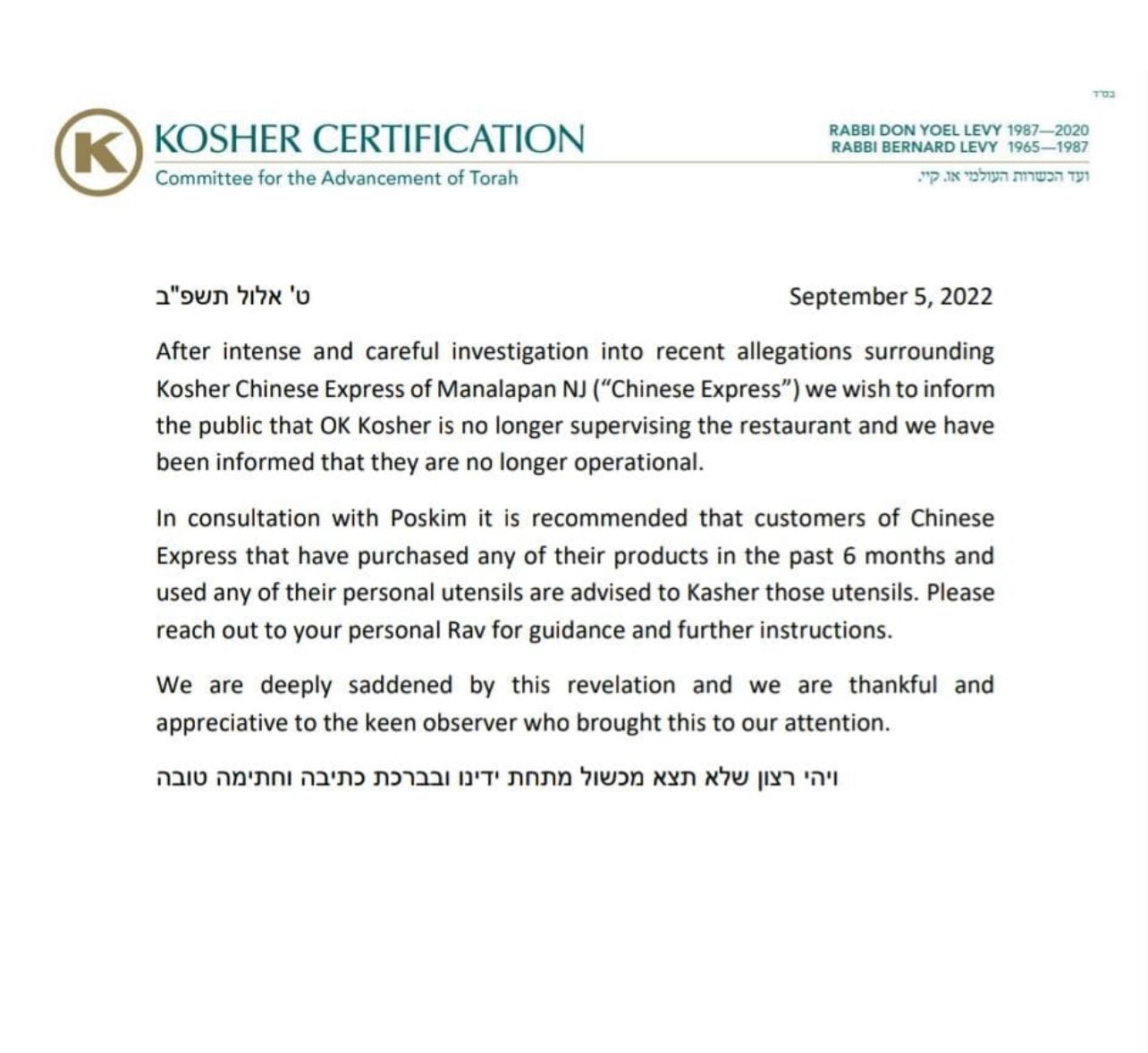 Editor’s Note: YWN reached out multiple times to OK Kosher throughout the day to obtain information regarding this scandal so that restaurant patrons could gain some clarity on the matter. Despite numerous attempts through various means, multiple top OK Kosher officials refused to discuss the matter and would not provide any statement at all (essentially ignoring YWN), leaving our readers in the dark regarding this deeply concerning matter. Stonewalling patrons of a restaurant possibly being served treif in their search for information and guidance is not only disturbing, it also calls into question whether the hashgacha should be relied upon at all.

A popular kosher Chinese restaurant in Manalapan, NJ, has suddenly closed its doors to business after serious allegations against the eatery surfaced on Monday morning.

Video of an individual who is ostensibly the owner of the restaurant shows the man buying what appears to be non-kosher chicken and meat from a nearby wholesale establishment, and allegations against the store and its kashrus certifier, the OK, immediately began swirling.

Little is yet known about the veracity of the allegations – neither the store nor the OK have responded to multiple YWN requests for comment – though some have already condemned the store, with negative reviews piling up on the eatery’s profile on Google.

However, one individual with inside knowledge of the kosher restaurant industry, Elan Kornblum, wrote in a Facebook post that he spoke to the OK who informed him that the allegations are misguided and incorrect.

The following is an exact copy of his post, unedited so as not to misconstrue anything he said:

“So as many of you probably have seen, there is this video and photo going around that someone took of the owner/chef (Non Jewish) of Manalapan Kosher Chinese yesterday at Restaurant Depot showing him buying non Kosher chicken and meat (cases) at Restaurant Depot. The OK Supervision was told of the findings and has been investigating. I never like to post anything without looking into it, so I have spoken to Rabbi Weinfeld of the OK and this is the latest The OK has been on top of this since being told. They have looked at all the cameras, searched the restaurant, spoken to the mashgiach and are very confident nothing non Kosher was ever brought into the store. They were told the non Kosher items were bought for another store. Consequently or coincidentally, the restaurant has told the OK today that they will be closing the store for good. I don’t know if he is closing because of all the events in the last 24 hours. I will say, the spread of this didn’t help and if in fact he bought it for another place, nothing to do with the kosher place and now is forced to close, that would be a shame. On the other hand, we don’t know the 100% truth and these matters are very serious. In fact the OK did tell me that because of lack of trust (when questioning the owner) they wouldn’t feel comfortable continuing with their supervision of the store. Sad all around.”

Others, however, allege that the restaurant owner bought the non-kosher meat and chicken using the store’s credit card, and that when he was approached by OK Kashrus mashgichim, he began “fumbling on his words.” This allegation is not verified, nor is it necessarily evidence of wrongdoing.

Meanwhile, thousands across the tri-state are waiting for official word from the OK as to the allegations and whether the store should be patronized or not. 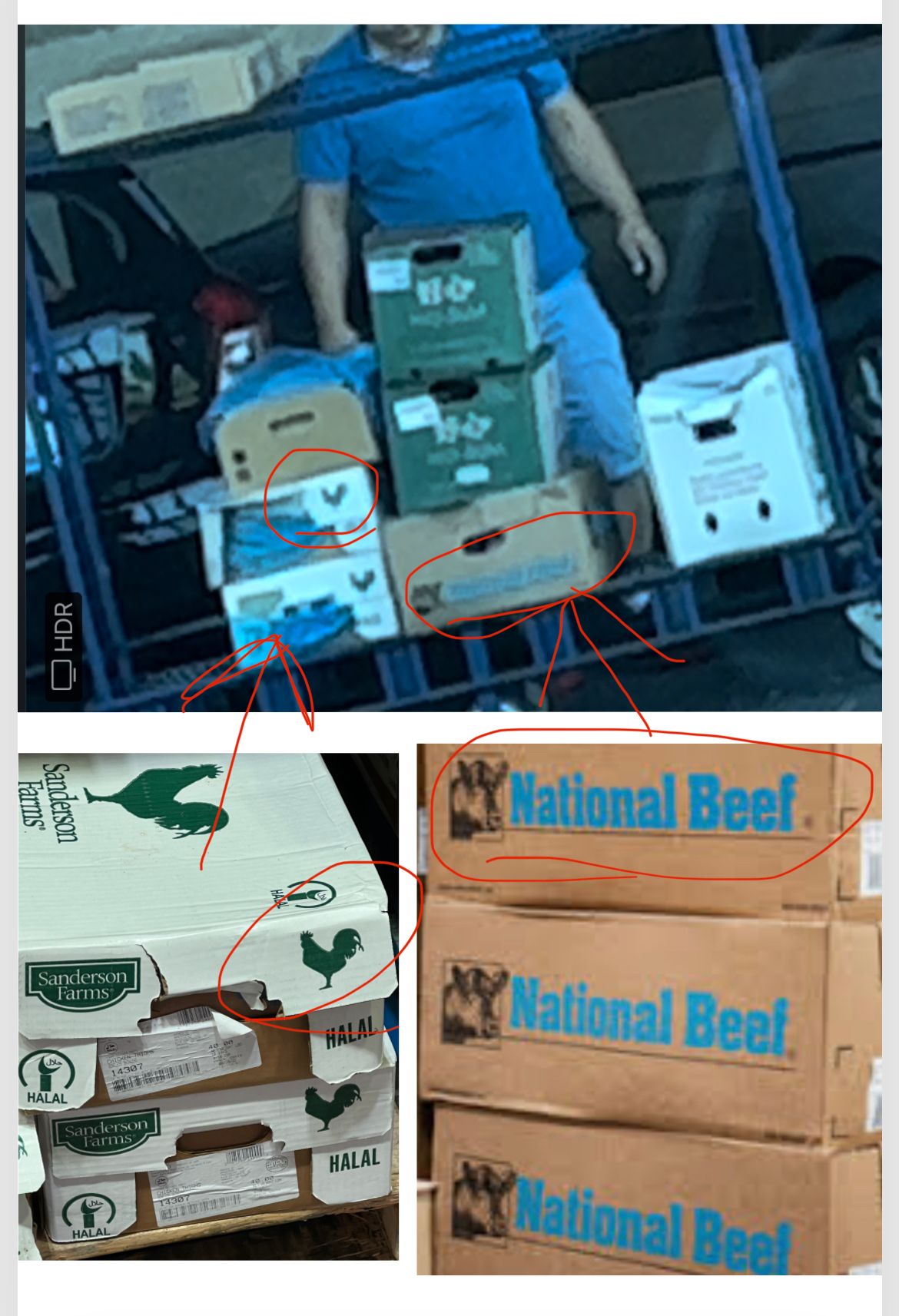 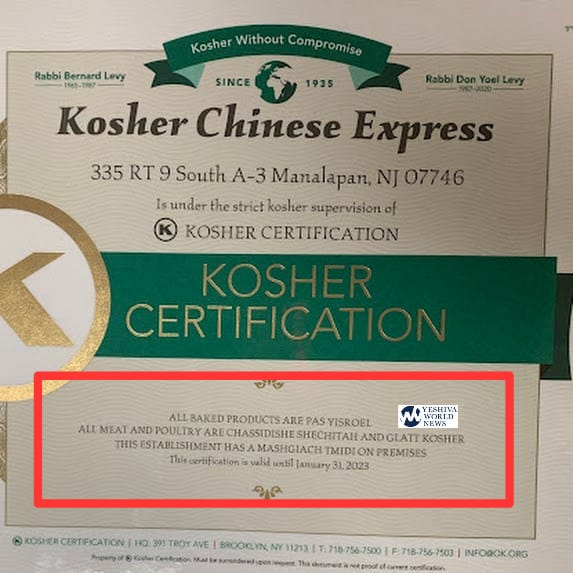 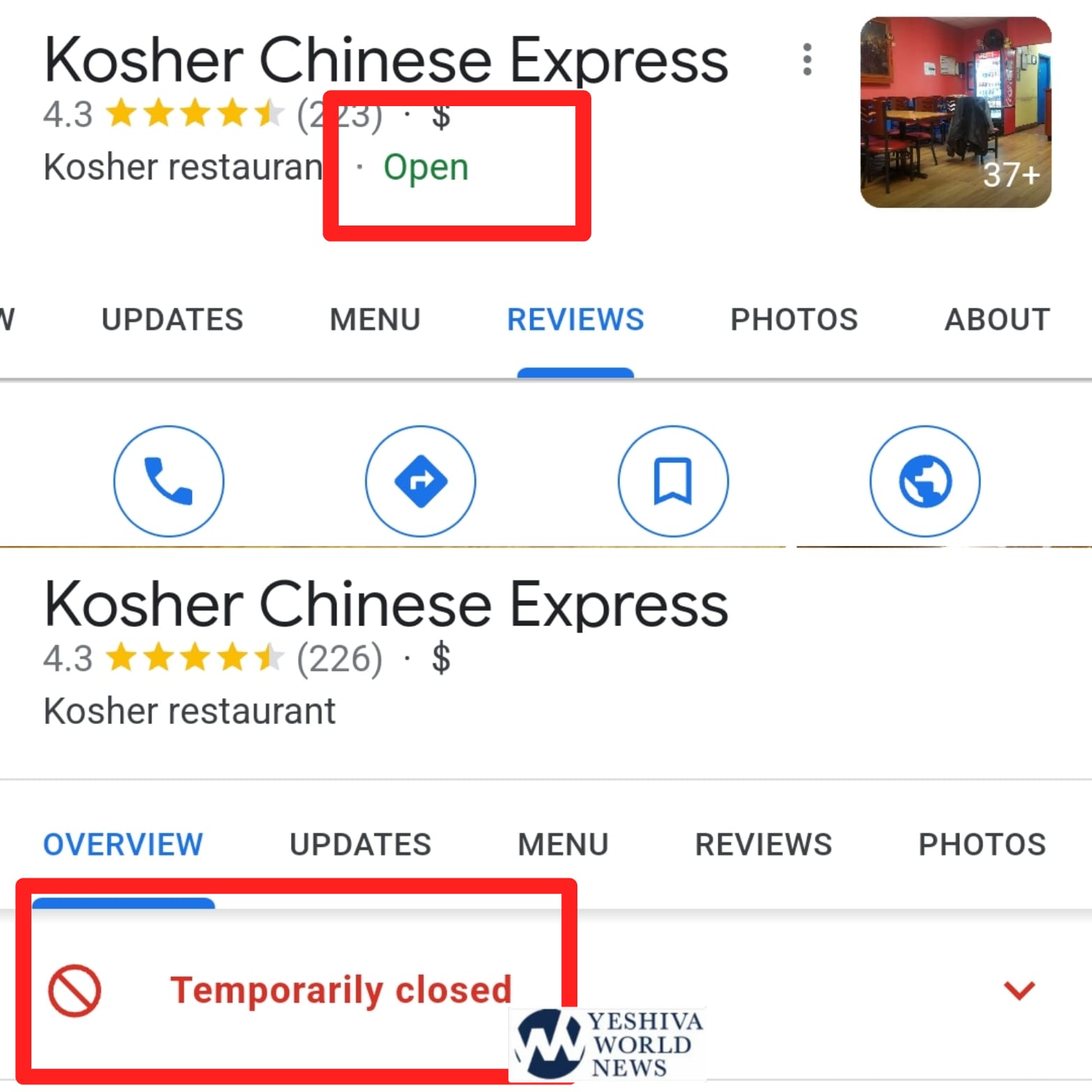