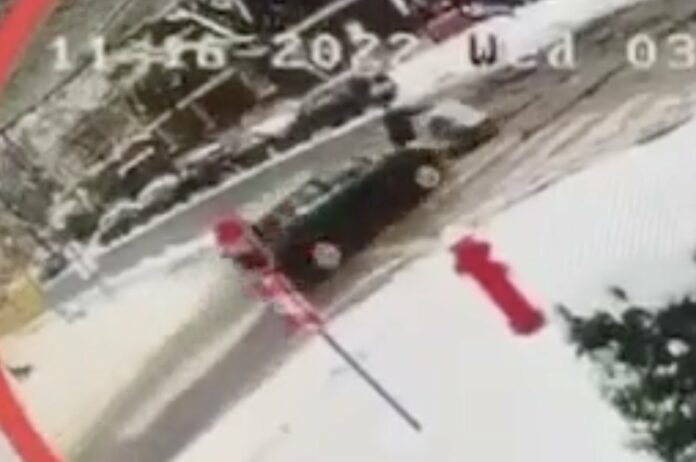 Private citizens in Montreal publicly released video a vehicle ramming into a stroller being pushed by a visibly Jewish mother last week, after police declined to make the footage public.

The incident happened at around 2:40 pm on Wednesdays, Nov. 16 at the corner of Bloomfield and Lajoie in Montreal. The video shows the mother attempting to cross the street while pushing the stroller when an approaching vehicle accelerates and rams directly into the carriage.

Hatzolah of Montreal responded to the scene and transported the one-year-old child – who miraculously suffered no serious injures – to the hospital.

Police declined to make the footage of the incident public, arguing that it is too low-quality to identify the vehicle.

“We’re concerned with this accident,” community activist Mayer Feig told the Montreal Gazette. “It seemed like police were not taking it seriously. For more than a week, we didn’t hear that they had sent out a notice or a description or that they did anything to find out who this is, so the community was becoming very concerned.”

“A lot of people reached out to me to say they felt police were not adequately responding to the situation,” he said. “Maybe somebody dropped the ball somewhere. I know in general they are very good with these things and I’m now reassured that they are actively investigating.”