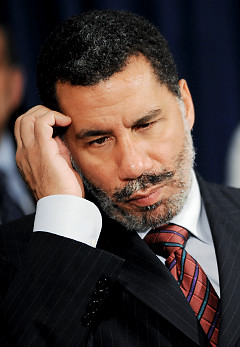 We just received word that the New York State Senate may be about to vote – as early as later today – on a bill that would legalize same-gender marriage. This bill is both morally and legally unacceptable, and could lead to serious negative consequences.

As the bill has already passed in the State Assembly, and Governor Paterson has already indicated his support, the only hope for its defeat is in the hands of the Senate Republicans; if they stand firm against the bill, it is unlikely to pass.

We urge you to take a minute right now and:

1. Call your State Senator. Leave a message with whoever answers urging him or her to vote against the same-gender marriage bill. To be connected to your State Senator (or if you don’t know who your State Senator is) go to http://www.nysenate.gov/ and just type in your address under “Find Your Senator”. Or, you can call the Senate information office at 518-455-3216 and they will connect you. Phone calls are far more effective than e-mails, so please call!

2. Call Senate Republican leader Dean Skelos at 518-455-3171. Tell whoever answers that our community is watching closely how every Republican Senator votes on this defining issue, and that we ask Senate Minority Leader Skelos to do all in his power to assure that all Republicans stand firm against this bill.

3. Please then pass this e-mail along to as many friends as you can who are likely to make similar calls.

Together, we can help defeat this pernicious legislation.