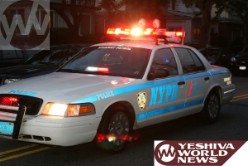 The New York Police Department says it’s attracting a growing number of officers who were born outside the United States.

The department has been working to improve its diversity. It began tracking officers’ nationalities in July 2006.

They came to the U.S. from 88 countries.

Commissioner Raymond Kelly says understanding different languages and cultures makes it easier for officers to do their “complex and demanding” work.