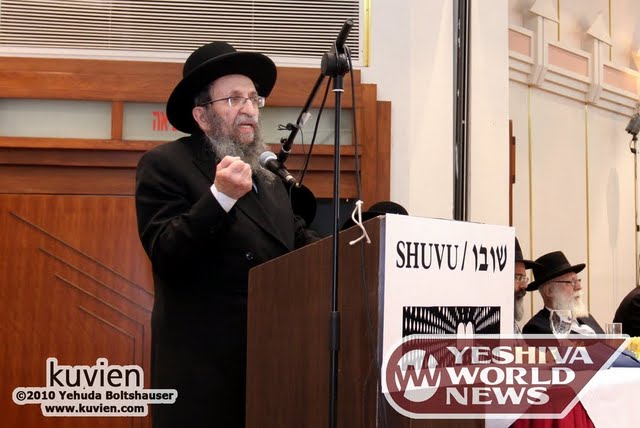 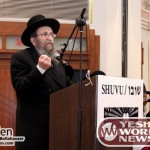 [VIDEO & PHOTO LINK BELOW] The theme of this year’s annual Shuvu dinner at the Ramada Renaissance hotel in Yerushalayim was hakaras hatov for the Shuvu schools that were saved from closing this year. The dinner opened with opening remarks by Rabbi Gutterman, followed by a performance by the students of the Rechovot Shuvu school. Two Shuvu talmidim recited some enthralling vorts before HaRav Lazerson, Rosh Chinuch Atzmai, spoke of the importance of the organization. A former student, Yisroel Magen, played a few notes and spoke a few words. Rav Zilberberg made a bracha of hatov u’meitiv on a cup of white wine, after which Rav Gedalia Weinberger spoke. The last speaker was HaRav Shmuel Kaminetsky, Rosh HaYeshiva Philadelphia. The dinner ended with everyone dancing together.