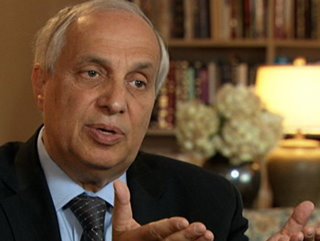 Rabbi Avi Weiss ordained a woman to be the first ever Orthodox Rabbi, and now may be facing problems from the RCA, according to a Jewish Week article.

Rabbi Avi Weiss had ordained Sara Hurwitz, giving her the title “Mahara’t” – an acronym for Manhiga Hilchatit Ruchanit Toranit. That title didn’t work out for Weiss as well as he planned, so after a year of “Mahara’t, Sara Hurwitz was given another title: “Rabbah.”

According to the article, the RCA (Rabbinical Council of America) is getting ready to perhaps expel Rabbi Weiss “primarily for ordaining a woman rabbi”.

The RCA considers women rabbis a violation of Orthodoxy, but apparently not according to Hurwitz, and her mentor Rabbi Weiss. In a recent Jewish Star article he told the paper “This will make it clear to everyone that Sara Hurwitz is a full member of our rabbinic staff, a rabbi with the additional quality of a distinct woman’s voice.”

Interestingly, The Jewish Week quoted an anonymous source in Rabbi Weiss’ yeshiva known as Yeshivat Chovevei Torah, which claimed that the ordaining of “Rabba” Hurwitz has created a situation in which “we are being absolutely killed on the Internet,” in Orthodox blogs. “Where are the moderate and moderating voices in the Orthodox community?” the source asked.

While deploring Rabbi Weiss’ new low, Rabbi Avi Shafran, a spokesman for Agudath Israel of America breaths a sigh of relief that the veil was finally removed from Weiss’s long-suspected agenda.

“It is laudable that the disingenuous title has been abandoned, the new one better reflects the intention of its conferrers. Now it would be good for them to come clean, too, about what the entire venture really is: an essential break with the mesorah of Klal Yisrael,” Rabbi Shafran said.

To read more about Rabbi Weiss and his activities, please Read: Yeshivat Chovevei Torah: Is It Orthodox? http://www.theyeshivaworld.com/article.php?p=5269