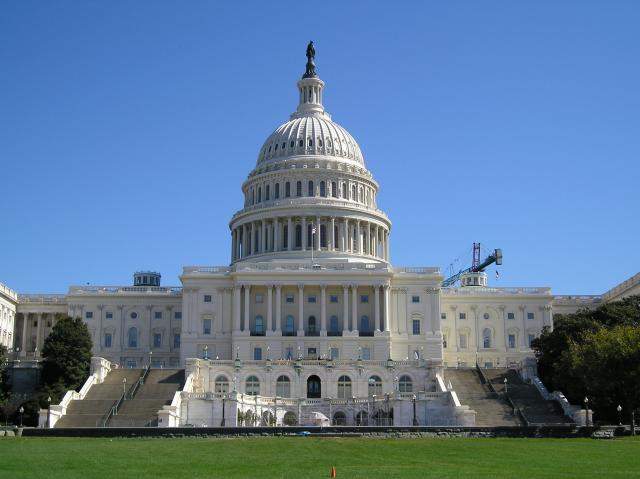 Voters generally roll their eyes in boredom when someone announces their intentions to run for Public Office. This is because politics in Washington are the same as they always were, or perhaps became worse in recent years, despite the forces of change that went to Washington.

People become even more weary of politics when they see a candidate proclaiming to be “an everyday Joe who understands the little guy,” yet this same candidate earned a degree from an Ivy League school, lives in a $1.4 million house, earns a six digit income, and has thousands or millions of dollars to self-finance a campaign.

You see, the Founders wanted that young, energetic people (with little or no “government experience”) should become elected to the federal Government and then move on. According to the law, 25 years of age makes a person eligible to serve in the House. Age 30 makes one eligible to serve in the Senate, and age 35 to serve as President. Once this is done, it is time for public servants to pack their bags, leave Washington, and make place for younger and newer energy to replace the former ones.

This is what the Founders wanted. However, the average age of current House members is 56, and the average age of Senate members is above 60. They are there longer than anyone can remember. Even worse, most members end up serving themselves rather than the public after being in Washington for so long.
With this,  I would like to ask you the following :
1) Do you wonder why our Ivy League Senators and Representatives are out of touch with everyday Americans?

2) Do you wonder why people with experience in messing up local and State governments, destroyed Washington, and took this country to hell in a hand basket?

3) Do you wonder why taxes and living expenses keep going up for all of us, while the millionaire lawmakers back in Washington take the option and vote for themselves annual pay raises?

4) Do you wonder why those sitting in Washington since four recessions ago are busy with Health Care, while real people throughout America are going crazy trying to find a job and/or an income for their families?

5)  Do you wonder why those on Government aid can’t move ahead on the economic ladder? Why small business owners are frustrated? And why successful people are fuming against Washington?

Well, I am not surprised. With our current system of electing the same type of people over and over and over again, things can get only get worse. Therefore I ask: Maybe it’s time that America sends people to Washington from different routes than those currently wasting time in our nation’s Capital?

1) How about trying someone who is currently at the age that our Founders intended should start serving in Washington, as a House member, meaning age 25?

2) How about sending to the US House of Representatives a person that proudly has NO experience in messing up Americans, aka “Government Experience”?

3) How about sending to Washington someone whose top annual income didn’t exceed the national average of approximately 42,000 dollars? That is an income that a huge amount Americans outside Government can relate to.

4) How about, rather than sending to Washington an Ivy League type, we elect to the US House someone who, granted, didn’t get a B.A. or M.A. yet has received a High School diploma, in addition to a few years of Higher Education, which is all-in-all an educational background that a majority of Americans have?

5) How about, rather than electing well-connected people with well-known family names, we elect a person who was born to poor immigrant parents, who divorced when this person was two years old, yet despite these childhood challenges, this person is with God’s help working to make a good life in America for his family?

Based on all this, I am considering running for NY’s 17 Congressional District, a seat held the last 22 years by the same person.

Despite the fact that this district is overwhelming tilted to the Democrats, I will not explore the Democratic line, because I am Independently Conservative on most issues, yet in an era where voters are looking for bi-partisanship, I am confident that a candidate’s party line will not play much of a role in voters’ decision who they will ultimately elect.

I am aware of the difficulties in winning this election. However, difficulties are not enough of a reason to deter my exploration of doing something positive. I am therefore taking the following two weeks to see and hear ideas from people across this districts, and yes… from people all across America! Perhaps I am not from your Congressional district, but neither is Nancy Pelosi. Her actions, nevertheless, out of San Francisco, still had a negative effect on you and your district. Therefore, regardless where you live, I will gladly welcome your constructive input and monetary contribution which will God-willing help me succeed in this endeavor.

If you like the idea of me serving in the US House for just a few years, say… two-three terms, please give me your support and contribution. Please also text and/or email to two friends the name of my site and ask them to check it-out.