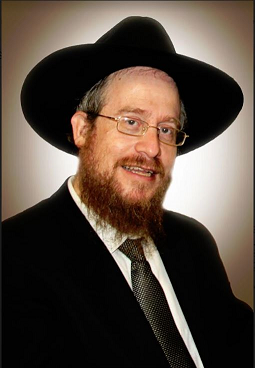 Harav Nissan Kaplan, a Rosh Yeshiva at Yeshivas Mir in Yerushalayim, has had an impact on the lives of hundreds of his talmidim for more than two decades. Now these talmidim in a bold gesture of “hakoras hatov” are uniting behind the efforts to build a new Bais Hamedrash/Bais Haknesses for their esteemed Rebbe. Harav Kaplan has accepted a community request to become the Mara D’asra of the Kehilla Givat Hamivtar in the Ramat Eshkol area.

Through crowdfunding the talmidim already raised $150,000 of the $1 million that will be required to build the bais medrash. The shul is currently located in trailers which the talmidim hope will be replaced by a beautiful building befitting the stature of Harav Kaplan. “This is not just your ordinary shul campaign,” says Yaakov Neiman, a talmid of Harav Kaplan’s (2005-2009), “it is a demonstration of my gratitude to someone who was much more than a Rebbe to me and to others; he was my mentor and a father-figure.” For so many who studied at Yeshivas Mir, Harav Kaplan’s home was a “home away from home.” They bonded with their beloved rebbe and those years became the basis for an enduring relationship. Harav Kaplan frequently travels to different parts of the globe to maintain his strong bond with his talmidim. “Irrespective of what stage in life we are in,” says Mr. Neiman, “Harav Kaplan is always there for us. It is amazing how our families become so much a part of his extended family.”

Others familiar with Harav Kaplan say that he is one of the great “mashpiim” of our generation, inspiring so many young men and their families to follow the Torah derech that he is well-known for. Indeed, some of his talmidim daven in his new shul and many have no doubt that his influence will be felt even by the secular Jews who live in the Ramat Eshkol area.

Neiman and other talmidim feel that there is a sense of urgency that the goal of $1 million is reached. They explain that their Rebbe has assumed the responsibility of raising the funds but “we need to assure him that he should not take time from his important mission of mentoring bachurim and yungeleit all over the world.” Many of his former talmidim and their wives do not make any move in life without consulting with the esteemed Rosh Yeshiva.

Harav Kaplan is a marbitz Torah revered worldwide, often giving shiurim and divrei chizuk to thousands. He meets often with Gedolei Yisrael on a host of topics. His shiur at Yeshivas Mir attracts hundreds of bachurim often filling some of the largest halls at the Yeshiva.

Neighborhood residents are extremely excited about having a Rav of such caliber in their midst, expressing the view that he will have an impact on the entire community. Talmidim and others who wish to participate in this extraordinary demonstration of unity can do so – CLICK HERE TO DONATE