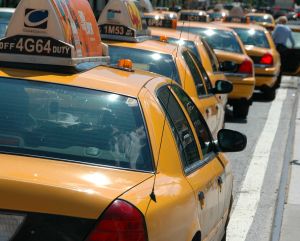 NYC taxi passengers taken for a ride by an illegal fare scheme could get some of their money back.

The Taxi and Limousine Commission says their goal is to reimburse as many people as possible who were allegedly scammed out of more than $8 million.

The commission said it’s a work in progress because they are contacting banks to identify and reimburse riders who paid with credit cards.

There is no timetable for when it will be complete.

Riders who paid in cash aren’t as lucky since there’s no electronic trace of the sale.

The TLC released the report on Friday detailing how cabbies switched the rate code for trips within the city to higher codes that should only apply to trips outside the city.

City officials said more than 35,000 drivers illegally charged a rider at least once and 3,000 drivers were found to have doubled the meter rate more than 100 times.

A message on video screens will soon tell passengers if that code is activated.