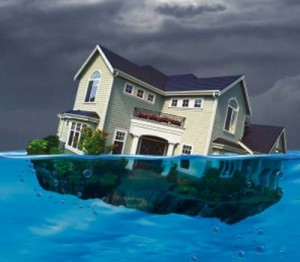 As the economy revs back to life, with signs of hiring on the horizon, the housing market is being left behind.

In the past few years, we’ve all been careful to choose our words carefully, not calling it a recession until it fit the technical definition and avoiding any inappropriate use of the “D” word — Depression.

Things were bad but the broader economy never reached Depression territory. The housing market, on the other hand, just crossed that threshold.

Home values have fallen 26 percent since their peak in June 2006, worse than the 25.9-percent decline seen during the Depression years between 1928 and 1933, Zillow reported.

What’s worse, it’s not over yet: Home values are expected to continue to slide as inventories pile up, and likely won’t recover until the job market improves.

And while the president is physically protected in an emergency, whisked to a bunker at an undisclosed location, the actual White House is not: The value of 1600 Pennsylvania Avenue has dropped by $80 million, or nearly 25 percent since the peak of the housing boom. It’s current value is $251.6 million, according to Zillow, down from $331.5 million.