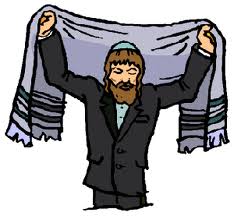 The following article written by Ann E. Friedman in the Long Island Herald:

The Five Towns communities of Cedarhurst, Lawrence, Hewlett, Woodmere and Inwood continue to attract a robust Jewish population, though change has come in the makeup of its worship traditions.

Rabbi Jay Rosenbaum of Temple Israel in Lawrence said that although the temple has experienced a steady decline in membership due to the influx of Orthodox Jews in the Five Towns, in the past two years the temple’s religious school numbers are up and more young families are joining.

In the new year, which for the temple began in September, Rosenbaum said that Temple Israel’s membership has grown 10 percent, to some 250 families and approximately 700 individuals.

After Temple Sinai of Lawrence closed its doors last year to merge with Temple Emanu-El of Lynbrook, and those two temples then merged with Temple Am Echad of Lynbrook, Temple Israel became the only reform temple in the Five Towns.

Abby Himmelstein, co-president of Temple Am Echad, said the temples decided to merge in order to build a stronger South Shore reform temple, and that although it is still in a “blending phase,” it has a growing membership.

Mary Price, a Woodmere resident and a member of Temple Israel, said that Temple Sinai closed and left the Five Towns because members felt there was no future for liberal Judaism there. Temple Sinai had as many as 430 families in the 1980s, but membership declined to around 130 families in 2008.

“We [Temple Israel] disagree with them,” Price said, “and in some ways their leaving helped us, because members felt it was important to continue participating in a Five Towns congregation, so they have joined our temple.”

In Cedarhurst, Rabbi Shalom Stern of the Conservative Temple Beth El said that the overwhelming majority of people moving into the area are Orthodox, and while that doesn’t increase membership, it isn’t affecting it in a negative way. “Membership isn’t as substantial as a few years ago, but we’ve revamped our school and we’re making our programs as attractive and appealing as possible,” Stern said. “We’re seeing young families coming in, and there are still plenty of non-Orthodox people with a strong identity, so we’re seeking to attract those people.” Lawrence Mayor Martin Oliner, who is Orthodox, said the Orthodox population has developed an extraordinary infrastructure in the Five Towns. “There are wonderful schools here and gifted families who are part of the community and whose children continue to live in the community,” Oliner said. “At the end of the day, what continues to bring people in is that we are the premier Orthodox community in the United States.”

Lawrence school board Vice President Dr. Asher Mansdorf said his affiliation is Orthodox, and that currently there are many more synagogues in the Five Towns than when he moved here in the 1980s. Mansdorf also said that the Orthodox population in Five Towns neighborhoods feels comfortable here and is able to spend Saturdays in their worship of choice while spending time with family and friends. “From a non-religious point of view,” he said, “there are nice schools, places to eat and shop as well as being close to the city, airport and beaches that attract people to the Five Towns.”

Price, a former Catholic who converted to Judaism last year after being a member of Temple Israel for almost 25 years, said that people in the Five Towns are friendly and care about one another. “There’s a change of more traditional people moving in, and that is a major change, but they are very friendly, respect each other’s beliefs, privacy and differences,” she said. “I think the neighborhood has changed for the better.”

The number of Orthodox seems to increase every year, and in some parts of the Five Towns they account for an estimated 75 of the population, according to a June 2010 article in the Jewish Week.

Village of Cedarhurst Trustee Ari Brown, who is Orthodox, has lived in the Five Towns for 20 years and considers Cedarhurst a great example of how to combine different religions the right way, with Mayor Andrew Parise leading the way. “It’s never good to have one sect of an overwhelming religion,” Brown said. “We respect each other and don’t have issues like other areas do. I’d like to continue to see a mix of people here in the village.”

The Herald called 12 Orthodox synagogues in the Five Towns seeking comment, but none responded. Jim Rotenberg, president of Temple Israel, moved to the Five Towns in 1970, after he got married, and he said he enjoys the area because of the small-town feel, the friendliness and the great school systems. But Rotenberg added that like all communities, there have been lots of changes.

“The Five Towns community has changed because the Orthodox population is moving out of Brooklyn and coming from Europe and settling in the Five Towns,” he said. And people moving in seek the same things he did when he moved here.

Temple Israel continues to attract potential congregants with its programs, and has established religious school classes at Lawrence Woodmere Academy, a more central location for the liberal Jewish population, according to Rosenbaum. “We’ve established creative and innovative programs that young families can relate to,” he said. “There’s a new sense of excitement and participation.”