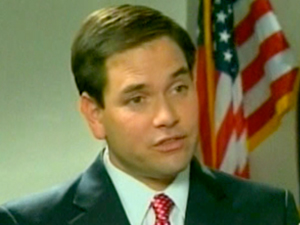 Florida senator Marco Rubio is condemning the possibility that a U.S. government subcontractor jailed in Havana for 14 months may be given a 20-year sentence.

Rubio issued a statement regarding the news that Cuban prosecutors will seek a 20-year prison sentence for U.S. aid worker Alan Gross.

“I condemn in the strongest possible terms the Cuban regime’s decision to seek a 20 year prison sentence for Alan Gross,” the statement said. “Mr. Gross is simply a humanitarian who was seeking to help the Jewish community in Cuba access the internet. Only the most oppressive, totalitarian regime would seek to jail someone for trying to expand access to information.

“President Obama and Secretary of State Clinton must readjust their recently announced concessions in light of this disproportionate action against an innocent American citizen.”