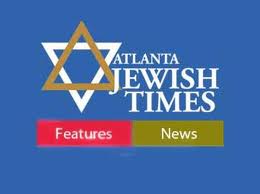 Jewish Federation of Greater Atlanta (Federation) condemns the editorial column written in the January 13 issue of the Atlanta Jewish Times by its publisher Andrew Adler. The idea of a possible “hit” on the President of the United States is abhorrent and Adler’s remarks were irresponsible. These sentiments, as well as a call for an immediate and public apology were communicated to Mr. Adler by Federation within days of the editorial’s publication.

While we acknowledge his public apology and remorse, the damage done to the people of Israel, the global Jewish people, and especially the Jewish Community of Atlanta is irreparable.

• After Adler issues an apology in this coming week’s paper, he will no longer author editorial content.

• Adler will immediately seek an editor-in-chief to oversee the editorial content of the paper.

• Adler will immediately convene an Advisory Committee comprised of community members and leaders of Jewish communal organizations to ensure best practices are invoked and to provide guidance re: any contemplated or necessitated change of control of the Atlanta Jewish Times.

• Absent immediately staffing the aforementioned editor-in-chief function with an experienced professional and the establishment of the community Advisory Committee, Adler will seek a buyer for the Atlanta Jewish Times, so that this resource to our community will remain viable.

In addition, we are working with our affiliate agencies and community partners to create a coalition on these points.