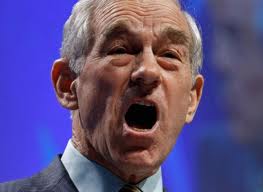 The White House is standing by the Transportation Security Administration in its standoff with Sen. Rand Paul (R-Ky.) and his father, Republican presidential candidate Rep. Ron Paul (R-Texas)

The elder Paul called the TSA a “police state” Monday after Sen. Paul was reportedly detained by TSA after he refused to take a pat-down from TSA officials at the Nashville International Airport.

White House Press Secretary Jay Carney said Monday that he didn’t have any reaction to Paul’s comment about “police state.”

But Carney sided with the TSA saying, “I think it is absolutely essential that we take necessary actions to ensure that air travel is safe.”

Rep. Paul, who is one of four remaining Republican candidates for president, disagreed Monday afternoon. Paul said after he confirmed the incident involving Sen. Paul on his Twitter page that it showed why the TSA should be eliminated.

“The police state in this country is growing out of control,” the elder Paul said in a statement released by his presidential campaign.

“One of the ultimate embodiments of this is the TSA that gropes and grabs our children, our seniors, and our loved ones and neighbors with disabilities,” he continued. “The TSA does all of this while doing nothing to keep us safe. “That is why my ‘Plan to Restore America,’ in additional to cutting $1 trillion dollars in federal spending in one year, eliminates the TSA.”

TSA has defended its treatment of Sen. Paul, saying that its employees in Nashville followed its normal procedure with the senator, who has often sharply criticized the agency’s pat-downs before he refused one Monday morning.