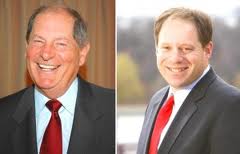 In a sign that Democrats are eager to reclaim a Congressional seat in New York City, Assemblyman Rory I. Lancman plans to announce on Tuesday that he intends to challenge Representative Bob Turner, a freshman Republican, in the November election.

The decision by Mr. Lancman — a lawyer by training who is known as an aggressive campaigner — underscores the growing belief that Mr. Turner’s seat, which covers Brooklyn and Queens, will not be eliminated in redistricting, even though state legislative leaders and Gov. Andrew M. Cuomo are still squabbling over where to draw Congressional lines.

Several other candidates around the state have also indicated that they cannot wait for the Legislature to act, especially since the Congressional primary, which was recently scheduled for June, is just four months away.

In the city, for instance, Assemblyman Hakeem Jeffries and Councilman Charles Barron are challenging Representative Edolphus Towns in a Democratic primary in eastern Brooklyn, while several Democrats are bidding to unseat Representative Charles B. Rangel in northern Manhattan.

Mr. Turner, a retired cable TV executive, capitalized on voter angst over President Obama and concern over the administration’s Israel policy, defeating Assemblyman David I. Weprin. Conventional political wisdom held that Mr. Turner’s stint would be brief because legislators, who need to reduce New York State’s number of Congressional seats by two, would eliminate the seat, as well as another upstate.

But the Assembly speaker, Sheldon Silver, a Manhattan Democrat, indicated recently that he was inclined to keep the seat, because he believed Mr. Turner could be beaten, and because Representative Maurice D. Hinchey, a 10-term Democrat from the mid-Hudson Valley, announced last month that he would retire.