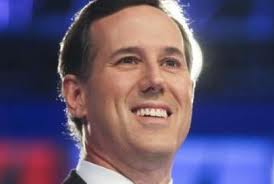 As the Republican candidates play out their presidential nominating bids in three states on Tuesday, predictions are mounting that Rick Santorum will have a good night after pulling ahead in Midwestern polling.

But Mitt Romney still has the line on Colorado, which like Minnesota, is holding caucuses on Tuesday night that won’t commit delegates but should provide some insight into the trajectory of the candidates. Missouri is holding a non-binding primary that sets up the standings for the delegate-awarding caucuses in a month from now.

According to Public Policy Polling, a Democratic firm, Santorum is leading in Minnesota, 33 percent to 24 percent for Romney. Newt Gingrich is at 22 percent and Ron Paul is at 20 percent.

In Missouri, Santorum leads the beauty contest 45-32 percent over Romney with 19 percent for Paul. Gingrich did not qualify to be on the ballot in Missouri.

The same polling firm shows Santorum with a possible second place finish in Colorado, behind Romney 37 percent to 27 percent with Gingrich at 21 percent and Paul at 13 percent.

Speaking to Fox News, Gingrich, who has been fighting hard against frontrunner Romney is back in polls, and conceded that he will finish somewhere in the middle of the pack.

Gingrich plans to spend the day campaigning in Cincinnati, Dayton and Columbus, Ohio. He credited Santorum with skipping Nevada, which he says Romney had locked up long ago, and working on the states next in line. Gingrich said he’s hoping to pick up a win in Texas, though he did not mention how the state’s redistricting battle is setting back the timeframe for a vote. He added that he’s prepared to take the race to California, which is scheduled for early June.