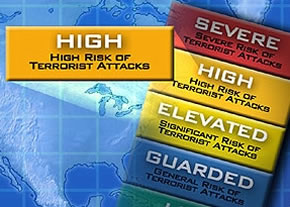 Police departments across the nation and around the world have beefed up security at synagogues following shootings at Jewish sites in France.

Washington, D.C.; San Francisco and New York dispatched extra patrols to locations where Jews may gather, though law enforcement officials stressed there were no specific threats. New York had security details at more than 50 locations following the killings of four people at a school in Toulouse, France. Those shootings were done by a gunman on a motor scooter, and came after a similar assailant killed three French soldiers in the region.

“We have to be concerned about what happens overseas. We have a significant Jewish population in this city, and we have to take that into account,” NYPD Commissioner Ray Kelly said on Monday.

“We know that we’re the top of the terrorist target list, so we’re concerned about the so-called copycat syndrome, where someone might see the events unfolding in Toulouse and take it upon themselves to act out,” he added.

The NYPD has primarily sent out an increased uniform presence to houses of worship and other locations such as the Jewish Museum and the 92nd Street Y, both in Manhattan.
Security was ramped up in the nation’s capital, though officials declined to give details.

“As always, we maintain a heightened sense of alert,” a spokeswoman for the DC Metropolitan Police Department told FoxNews.com. “We have directed that additional attention be provided to schools and religious institutions. We cannot disclose operational tactics.”

The Department of Homeland Security said in a statement released yesterday that it is monitoring potential threats to the American Jewish community on an ongoing basis.
“Currently we are aware of no specific threat to locations within the United States,” a spokesman said.

Other cities in Europe have taken precautions as well.

In London, officials have sent out “security reminders” to Jewish communities within the city.

The notice also points out that threat levels in the UK remain unchanged.