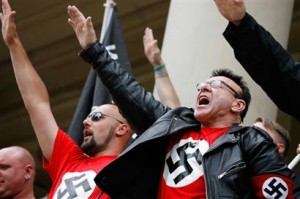 A 22-year-old male was targeted in an anti-Semitic attack after leaving the Seder on Friday night in Kiev. The victim was taken to a local hospital where he is reported in critical condition.

The young man fighting for his life following the brutal hate attack underwent his bris just two weeks earlier. For the victim, this was his first Seder night as well as his 22nd birthday.

Rav Yankie Zilberman of Zaka is working to bring the badly injured man to Eretz Yisrael. R’ Zilberman explains Aaron’s ‘crime’ was his pride, walking with his yarmulka on display on the streets of Kiev.

The tzibur is requested to be mispallel for Aaron Alexander ben Avraham b’soch cholei Am Yisrael.