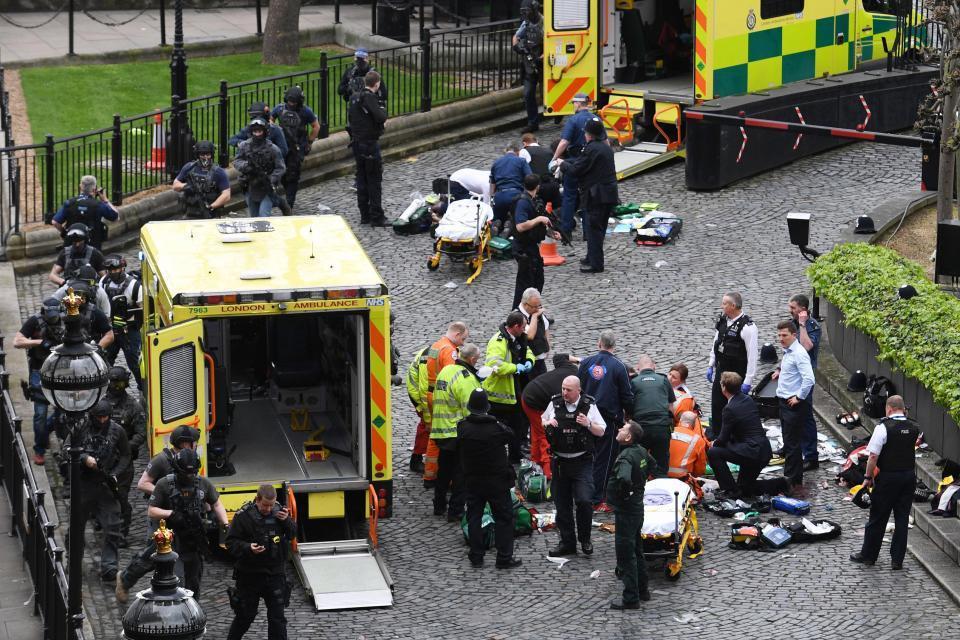 The man behind the deadly rampage that left 3 people dead, including a police officer, outside of London’s Parliament building was identified as 52-year-old Khalid Masood.

Masood, aged 52, was born in Kent and detectives believe he was most recently living in the West Midlands. Masood was also known by a number of aliases.

Met Police say that Masood was not the subject of any current investigations and there was no prior intelligence about his intent to mount a terrorist attack.

However, he was known to police and has a range of previous convictions for assaults, including GBH, possession of offensive weapons and public order offences.

He has not been convicted for any terrorism offenses.

The ISIS terrorist group claimed responsibility for the deadly rampage, saying Masood was “an Islamic State soldier” who “carried out the operation in response to calls to target citizens of the coalition.”

On Thursday, British police announced that six homes were raided and eight arrests were made in connection to the Wednesday terror attack that left four dead, including the assailant.

Armed police carried out the raid in the central city of Birmingham, about 130 miles north of London; however, police said they believed the terror attacker acted alone during his assault on the Westminster Bridge near Parliament.