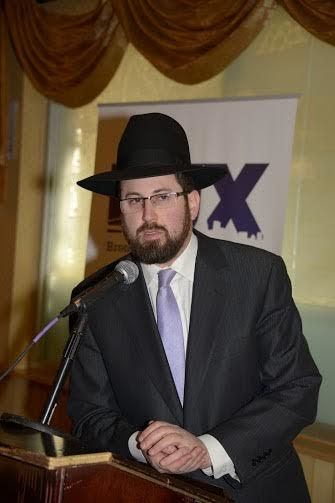 It was a difficult week for me.

I was confronted by major shei’los involving cremation, rachmana l’tzlan. Not just one cremation situation, but two such crises in the same week. Unfortunately, we’ve grappled with this before. Who would imagine that Jews would voluntarily choose such an ignoble and sacrilegious method to be reposed? Only seventy years ago, the Germans, yemach shemam, perpetrated the most unfathomable atrocity, cruelty and barbarism. They established crematoria, gas chambers, to incinerate our Jewish brethren, turning their hallowed bodies into ashes. Astoundingly, today, many of our brothers and sisters living in the land of the free, choose on their own free volition to be cremated after death. What bitter irony.

Due to expediency, efficiency and the low cost of cremation versus burial, these unaffiliated Jews are abrogating Torah law and thousands of years of tradition.

The next of kin of the deceased weren’t outraged. Who was outraged? Who felt mortified and betrayed? Their descendants, BJX students, who are now Baalei Teshuvah, Shomrei Torah u’Mitzvos. These students sacrificed so much personal comfort and pleasures to choose a life of fulfillment and purpose. Amidst great personal hardship, they chose to forego a life of expediency, transience and instant gratification for a life of sublime pleasure, bliss and eternity. These poor students couldn’t reconcile the fact that their beloved family members would choose a path so antithetical to our heritage. They knew that this act contravenes Halacha. It was painful for them and equally painful for me. Many people don’t realize how much a Rav takes to heart their travails, struggles and pain and it becomes his own.

Can we really blame those that chose cremation? Did they know any better? Assimilation in America is rampant. Sadly, this is the reality of the majority of American Jews. The practices that Jews recoiled from and considered to be most repulsive a mere century ago, has become mainstream; the standard and the norm for the majority of Jews today.

Perhaps the blame lies with us. What have we done to reach out to our brothers and sisters? How much effort and resources have we expended to bridge the gap and show unconditional love to our fellow Jews? Not enough.

Two events that likewise transpired this week assuaged my conscience and healed my soul.

On Shushan Purim, I participated in the Bris Milah of one of our precious students. Choosing to enter the covenant of Avraham Avinu at thirty years old, requires herculean courage and mesiras nefesh. This student could have easily decided that the risks were too great, the pain and convalescence period too unbearable and living “the American dream” was more important. However, on his own volition, he voluntarily submitted himself to enter the wings of the Divine Presence, Tachas Kanfei Hashechina. How providential that the Mohel performing the Mila was none other than the renown Rav Romi Cohn, who famously survived the Nazis, serving as a partisan during the war. Rav Cohn told our student, “The minimal pain you feel now, links you to the sacrifices we Jews have made for generations.” I was so moved and touched by this unbelievable encounter and fusion between an elderly Holocaust survivor and American young man, now inextricably and sacredly linked together.

The other incident that occurred this week that soothed me greatly me was a special note I received with Mishloach Manos. While I greatly appreciate all the Mishloach Manos packages I received, one was exceedingly poignant and exceptionally stood out. It was a note from our local public high school seniors that recently graduated the NCSY/BJX Leadership program. It read in part, “Dear Rabbi, Our time spent at BJX was so inspirational. None of us will ever forget any of the lessons you taught us.” I realized that when these unaffiliated students have critical decisions to make: “Should I date someone Jewish?” or “Should I bury or cremate my parent?”, we can, Baruch Hashem, now rest assured they will make the right decisions.

The Rambam, Issurei Bia (chapter 13), and in his Teshuvos (293) states unequivocally that the majority of Jews in Mitzrayim were likewise assimilated and intermingled, indifferentiable from the Egyptians. Hashem sent Moshe Rabbeinu to rescue us from the abyss and resuscitate our connection to Yiddishkeit. As a matter of fact, according to Rambam, Moshe Rabbeinu had to perform countless Brisim before the redemption, to facilitate the Jews’ return to Hashem. Who will be the Moshe Rabbeinu of our generation? Who will rescue the untold masses in America?

Rav Yitzchok Fingerer is Morah D’Asra and Founder of the BJX Kehilla and Kiruv Centers.