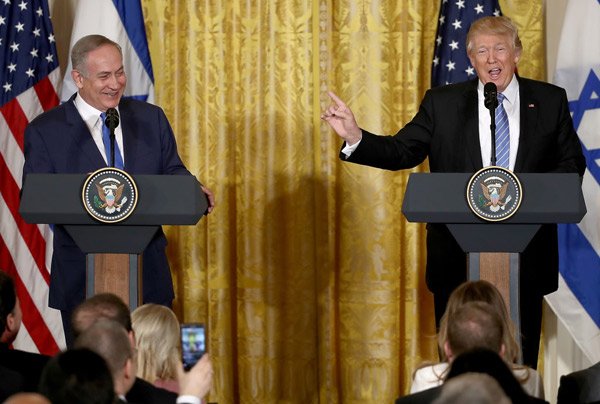 As YWN reported on Wednesday, President Trump is planning a visit to Israel in May.

According to Israels largest newspaper Yedidoth Achronot, Trump will recognize an undivided Jerusalem as the capital of Israel. The report continues and says Trump will not implement his election campaign pledge to relocate the American embassy from Tel Aviv to Jerusalem.

Meanwhile, Arutz 7 reports that Congressman Ron DeSantis stated at a recent event that when President Donald Trump arrives in Israel he will announce the transfer of the US embassy from Tel Aviv to Jerusalem.

Neither report has been confirmed.

Meanwhile, according to multiple published reports, the Trump visit will be on May 22.

A 25-member US delegation was slated to arrive in Israel Thursday to lay the groundwork for the president’s visit next month.