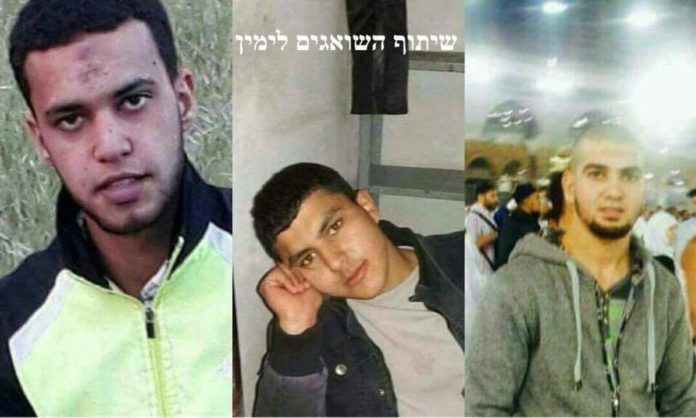 In a significant move, ISIS for a first time is claiming responsibility for a terrorist attack in Israel, the Friday night fatal stabbing/shooting attack near Shar Shechem  in Yerushalayim. Border policewoman Hadas Malka HY”D, 23, fell in the line of duty. Other were less seriously injured.

While ISIS boasted it carried out the attack, a Hamas spokesman also claimed credit for the attack. ISIS Amaq news agency said, “soldiers of the caliphate” attacked and the attack “will not be the last.”

Hamas spokesman Sami Abu Zuhri claims two of the terrorists are aligned with the PFLP (Popular Front for the Liberation of Palestine) and the third Hamas.

Fearing copycat attacks, Israel has revoked 250,000 permits for PA (Palestinian Authority) residents who planned to visit family inside Green Line Israel during Ramadan as well as work permits. Permits permitting them to visit mosques for prayer were not revoked however. PM Netanyahu met with senior cabinet members and senior security officials, deciding on move to cancel the permits.

IDF sources report all three visited Har Habayis to pray in the mosque before perpetrating the attack. They were from the village of Dir el-Meshal. Two were known to be affiliated with a local cell and not working for either ISIS or Hamas. They were imprisoned in Israel in the past for rock and firebomb attacks.

Police on Sultan Suleiman Street came under attack with knives and guns in two different but close venues. They managed to kill two of the terrorists. The third terrorist was eliminated as well, but not before he succeeded in fatally stabbing the border policewoman. Another border policeman was wounded, B’chasdei Hashem, less seriously. He sustained shrapnel injuries and was listed in light condition upon arrival in the hospital. They were both transported to the trauma center of Hadassah Ein Kerem Hospital, where Malka was pronounced dead.

A 22 and 40-year-old man were also injured, both transported to the emergency room of Shaare Zedek Hospital emergency room listed in moderate condition from gunshot wounds.

The levaya for the fallen border policewoman, Sgt. Hadas Malka HY”D, 23, will take place tonight, motzei Shabbos at 12:30AM in the Ashdod Military Cemetery.

The photo below is the ISIS statement released claiming responsibility for the attack. The photo above is that of the slain terrorists. 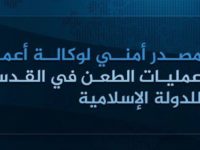