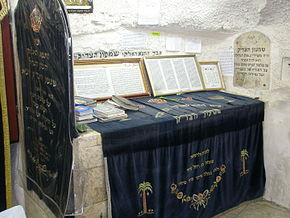 A Jerusalem police spokesman reports three minors are in custody for an attack that took place against a mispallel who left the tziyun of Shimon HaTzaddik on a Shabbos morning. The attack took place on the morning of Shabbos Shelach.

The Arab youths saw the man walking with a tallis on as he was leaving the area after davening.

Police learned that after spotting him, the three crossed the street and began hurling rocks at the victim. The victim began running from the area. police spotted the man running and headed to him, fearing something was wrong. After learning what occurred they headed out in search of the suspects. The victim sustained light injuries.

The suspects were found in the yard of an area home. They were arrested and being charged in a hate attack. They were arraigned and their remand extended until last week. They have since been indicted.