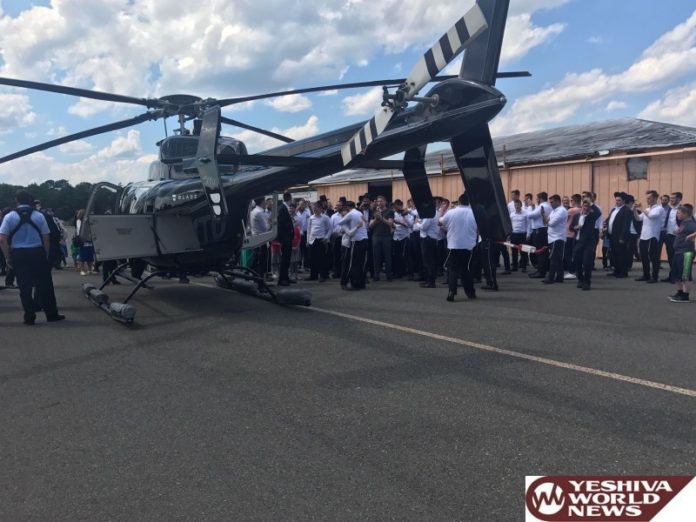 The multitudes of Yidden who were davening for the release of Yitzchok ben Shulamis saw their tefillos answered when, Bichasdei Hashem, Yitzchok returned home safely to Lakewood on Sunday.

Yitzchok, who learned in Eretz Yisroel for the past 3 years, was on his way home to his family before Pesach in March, on a flight with a 2-hour stopover in Moscow. When Russian authorities examined his luggage during a routine security check, they found a souvenir item from Israel which he had innocently packed, not realizing that it was a problem to transport this item through Russia, despite it being legal for him to transport this item in checked luggage on a flight to the United States.

At most international airports, a finding like this would result in the traveler having to fill out a form, or at worst, the items would be confiscated. Despite the fact that Yitzchok’s luggage was supposed to be transferred plane to plane on its way to the United States, without him having access to it at all, the Russians detained him in the airport, and then brought charges against him, spurring his Rosh Yeshiva in Eretz Yisroel, Rabbi Yehoshua Klaver, into immediate action to try to resolve the situation.

What ensued next was a wide-ranging international effort spearheaded by noted askanim Moshe Tress, Chaim Gross, and Elkana Tress of Lakewood. In the ultimate manifestation of “kol Yisroel areivim” the intrepid group, acting as though Yitzchok was their own brother, devoted the next few months of their lives and spared no time or expense, flying to Russia repeatedly and working around the clock to secure his release. In partnership with Rabbi Aaron Kotler, they rallied some of the foremost leaders in Klal Yisroel, including the leadership of Agudath Israel of America, to use their wide-ranging political and State Department contacts on Yitzchok’s behalf.

Rabbi Kotler tasked the Government Affairs Department of Beth Medrash Govoha, headed by Mrs. Chanie Jacobowitz, to provide coordination of what became a broad effort to assist Yitzchok. Mrs. Jacobowitz enlisted the help of the Lakewood Vaad, who marshaled support from leading NJ officials including NJ Senators Mendendez and Booker and Congressman Chris Smith. Congressman Smith’s foreign policy expertise proved helpful in this situation. Mrs. Jacobowitz and the Lakewood Vaad connected daily with a team of staff from Smith, Booker and Menendez’s offices.

All the while, the Jewish community and their Rabbinic leaders in Moscow used every resource possible to ensure that Yitzchok’s physical and spiritual needs were attended to, with Rabbi Gurevitch and Rabbi Deutsch of Chabad Moscow visiting Yitzchok and providing him with kosher food, and Rabbi Boroda,, Rabbi Lazar, Rabbi Goldschmidt and Rabbi Betzalel Mandel (of BMG’s affiliated kollel) each going out of their way to do whatever they could to assist.

Last week, Moshe Tress, Chaim Gross, and Elkana Tress flew to Moscow to negotiate a resolution that would be acceptable to the Russian government. With tremendous nissim and siyata dishmaya, this past Friday afternoon the charges against Yitzchok were finally dropped without trial.

Recognizing the need for Yitzchok to leave the country immediately, and with Shabbos rapidly approaching, the askanim quickly came up with a plan to fly Yitzchok to Finland, where the very late summer arrival of Shabbos allowed him to land safely before shkiah, and he was graciously hosted by Rabbi Benyomin Wolff, the Chabad shaliach in Helsinki.

B’chasdei Hashem, Yitzchok arrived home to Lakewood earlier today. Hundreds of people came out to greet him at the Lakewood airport with singing and dancing. Yitzchok’s miraculous release and return, the fact that the Russians protected him from any physical harm during his detainment, and his ability to stay strong and positive throughout this ordeal, are clearly due to unending siyatta dishmaya. The family is overcome with gratitude to Hashem and to all of Klal Yisroel who have stood by their side. 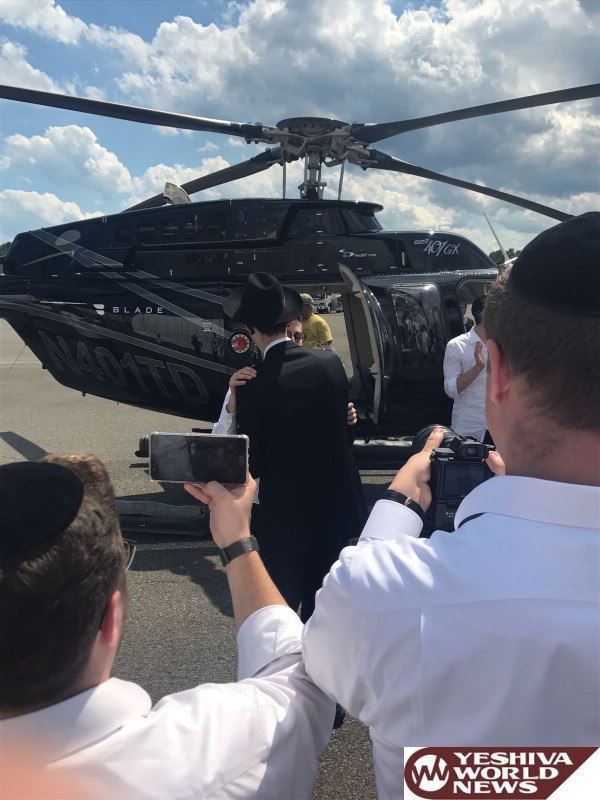 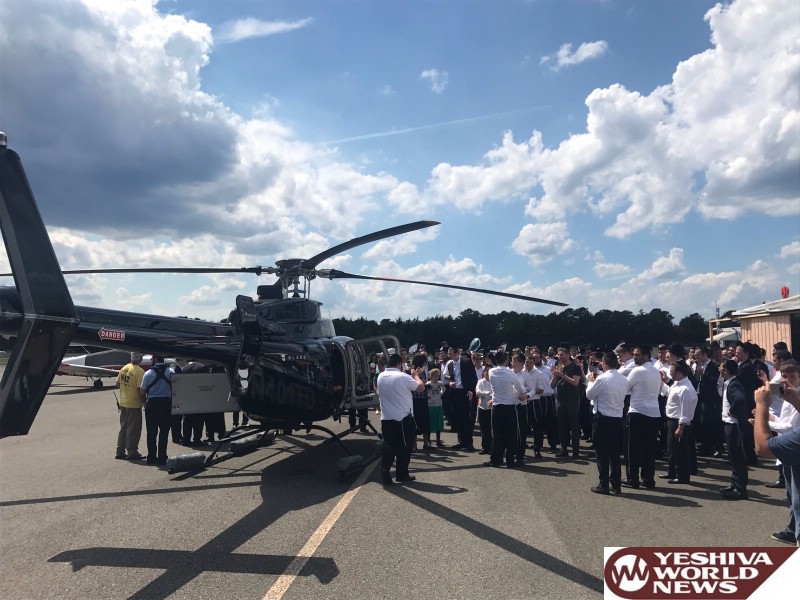 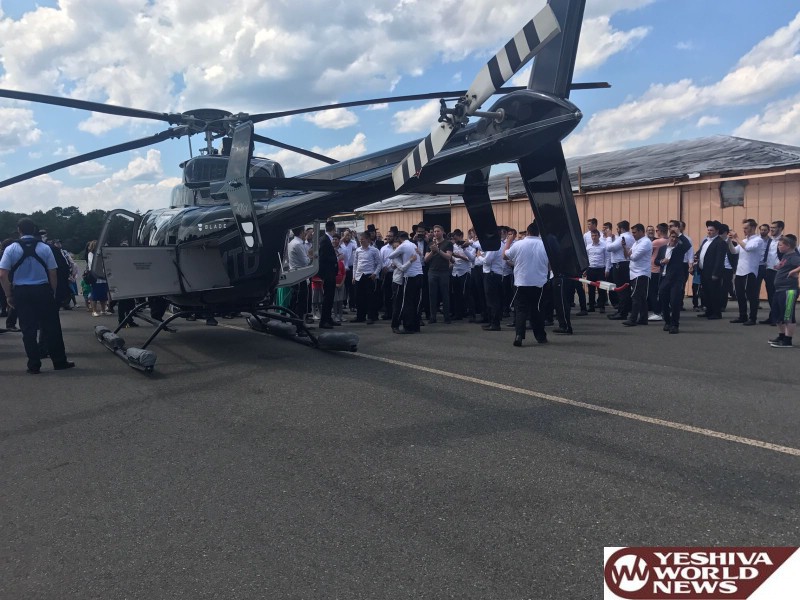 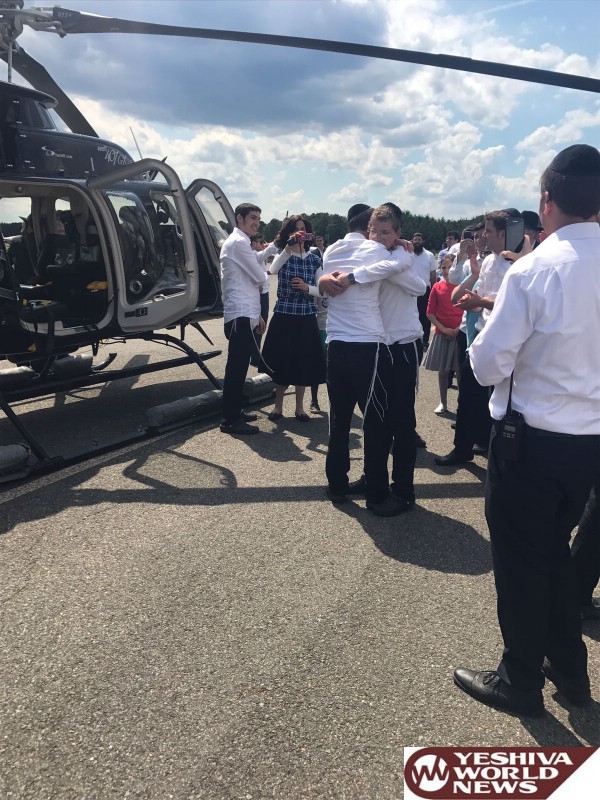