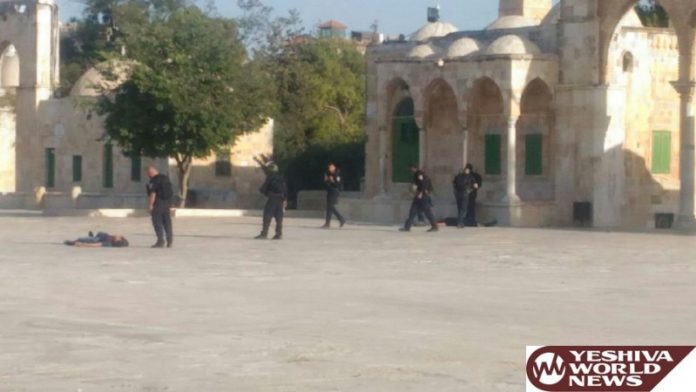 Waqf officials on Sunday continued efforts to turn the international community against Israel for the latter’s closing of Har Habayis on Friday morning following the fatal terror attack at that location.

Clearly the Waqf Authority is seeking to capitalize on the Israeli closure of Har Habayis following the attack. Jordan released condemnatory statements against Israel, and the Waqf Authority on Shabbos, that it has lost control of al-Aqsa and that Israel has violated the exclusive Muslim right to open and close the mosque and Har Habayis.