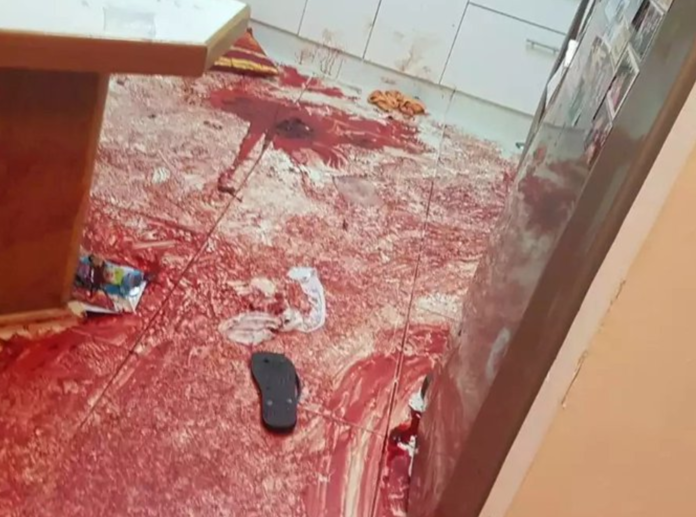 It might make your blood boil, but we are used to it by now. We are prepared for it. It’s always our fault. No matter what we say or do.

But let’s just present a few simple facts to the world:

Israel rightfully reacts, and places metal detectors at all entrances to the Mount. (In fact, this writer was STUNNED to hear that there had never been metal detectors there beforehand.)

The Palestinian’s respond by vowing not to pray on the Temple Mount.

Then they threaten violence and declare a “Day Of Rage”.

On Friday night, a terrorist broke a window in home in the Settlement of Halamish (Chalamish), surprising a family of about 10 inside as they were finishing their Shabbos Dinner and began his stabbing spree.

The animal murdered a 70-year-old grandfather and his son and daughter, in their thirties; A grandmother, aged 68, was badly wounded.

One of the women in the house hid a number of children in one of the rooms, from which she called the police and began shouting into the neighborhood that a terrorist was inside the home.

A neighbor entered the home and shot the terrorist dead.

Palestinian media identified the terrorist as Omar Al-Abed al-Jalil, 19, from the village of Kaubar, near Ramallah.

Now remind me, who started this? Israel, or the animals last Friday who shot up the Har Habyis?

Don’t expect the BBC, Al Jazeera or the anti-Semitic New York Times to present the true facts to you. It’s all Israels fault.

May Hashem avenge their blood speedily and send Moshiach soon.