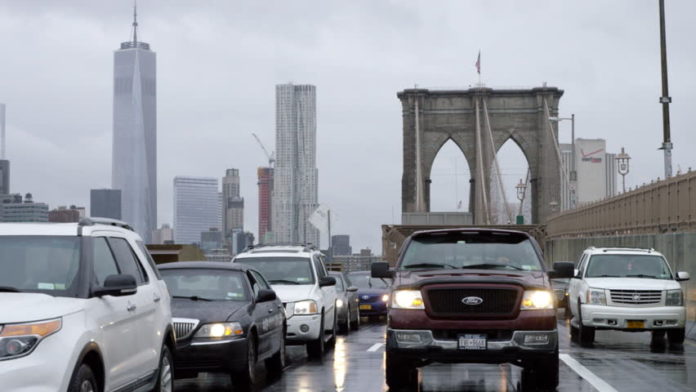 New York Gov. Andrew Cuomo is putting together a proposal to charge motorists more for entering the most congested parts of Manhattan.

The proposal would impose congestion pricing, an idea increasingly popular around the globe that aims to discourage vehicular traffic in dense urban areas while also raising money for mass transit.

The Democratic governor hasn’t released any details yet, but any congestion pricing plan will likely face big political challenges, especially from representatives of New York City’s outer boroughs and the suburbs. Former Mayor Michael Bloomberg proposed his own congestion pricing plan several years ago, but it quickly fell apart under opposition in Albany.

“Congestion pricing is an idea whose time has come,” Cuomo said, according to The New York Times.

Cuomo told the paper that his administration is reviewing “problems” in the previous congestion pricing plan and working to make it acceptable to commuters from the suburbs and outer boroughs.

The mayor has pushed back when asked about congestion pricing, adding last week that “these proposals to-date never had any political viability.”

“I’ve never been in favor of those proposals because I haven’t seen one that I thought was fair particularly to folks in the outer boroughs,” he said on Fox 5 television. “I don’t really see a scenario where that gets taken seriously.”

Transit advocates say congestion pricing has been adopted elsewhere in the world, such as London. John Raskin, executive director of the Riders Alliance, an organization of city subway and bus riders, called congestion pricing “a fair and sustainable way to raise billions of dollars” for the system.

“Gov. Cuomo is right that the politics of transit funding have shifted,” Raskin said. “Riding public transit has become such a miserable experience that New Yorkers are ready to embrace bold solutions, as long as we have faith they will really lead to safer, more reliable commutes.”