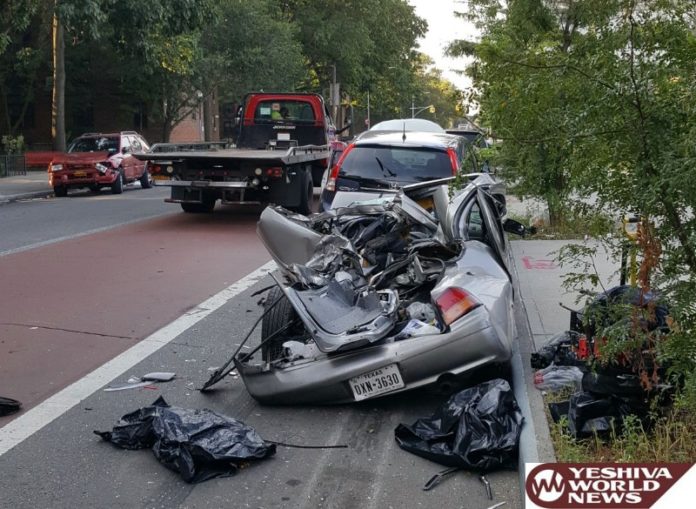 A driver at the wheel of a garbage truck slammed into a dozen vehicles in Williamsburg on Monday morning.

The massive crash happened at around 6:00AM. As you can see in the attached video, the driver of the truck suddenly veers to right and starts hitting the parked cars.

A total of 12 cars were hit. Some one them were completely totaled.

Police were investigating what caused the driver to suddenly lose control.

One source told YWN that the driver was drunk, while another said the driver fell asleep at the wheel.

Thankfully, there were no injuries in the crash. 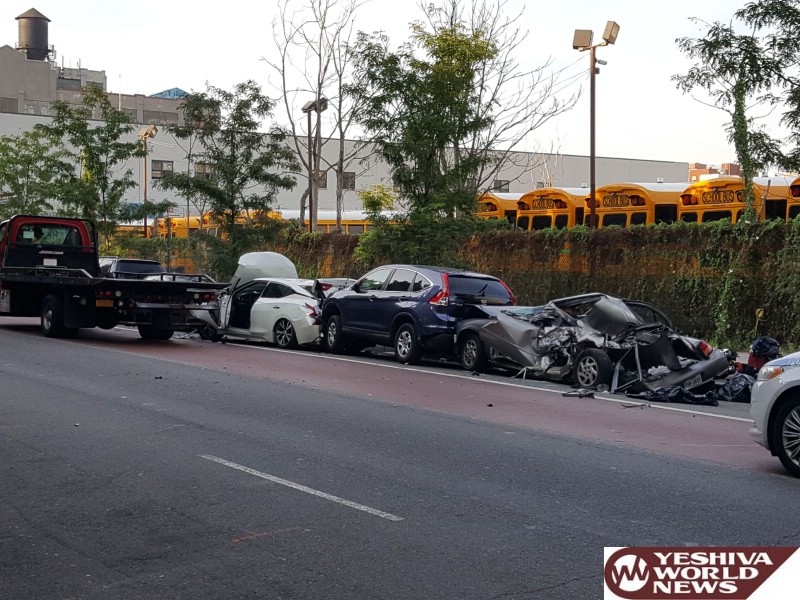 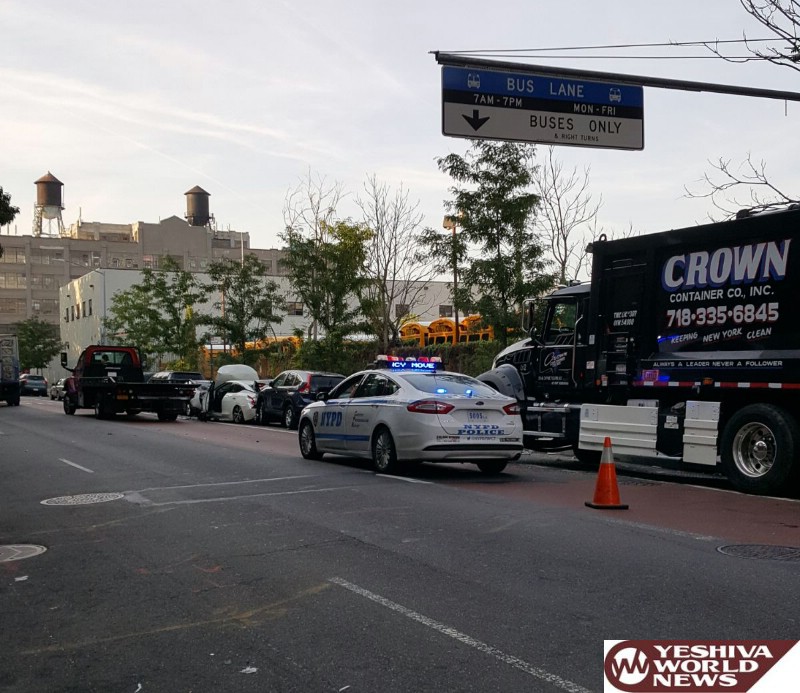 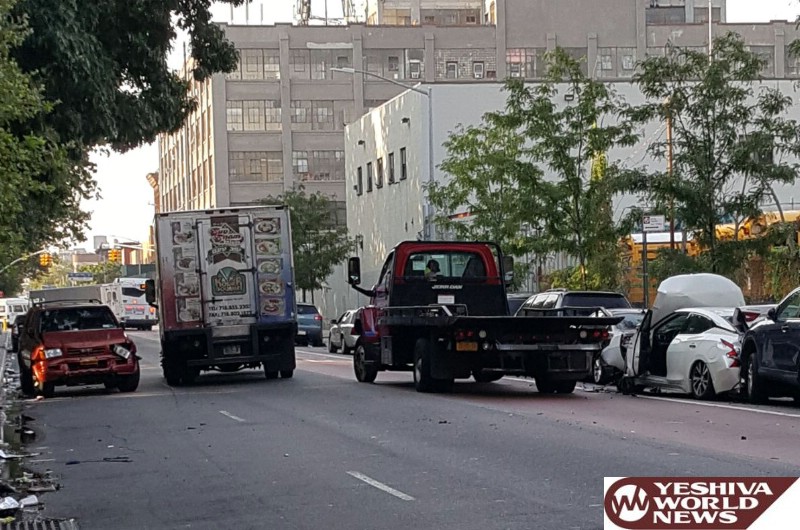 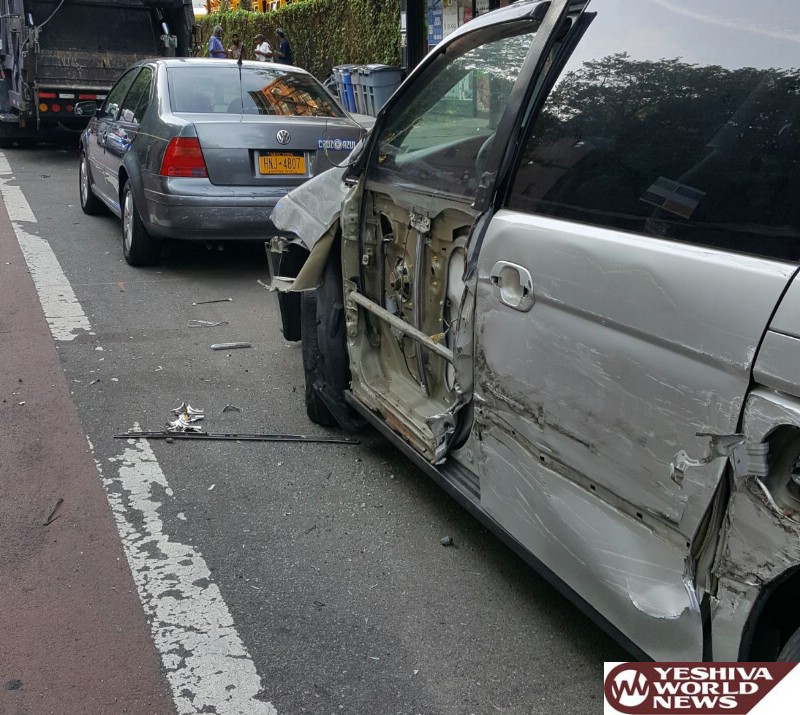 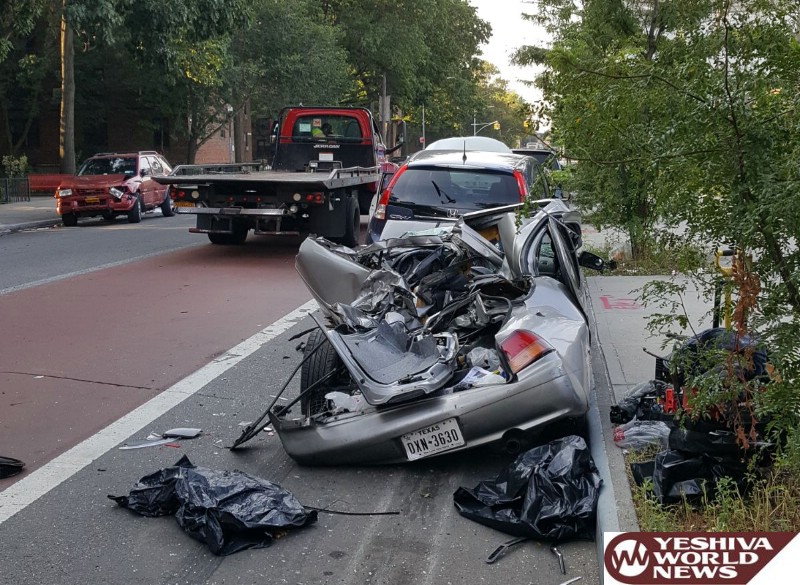 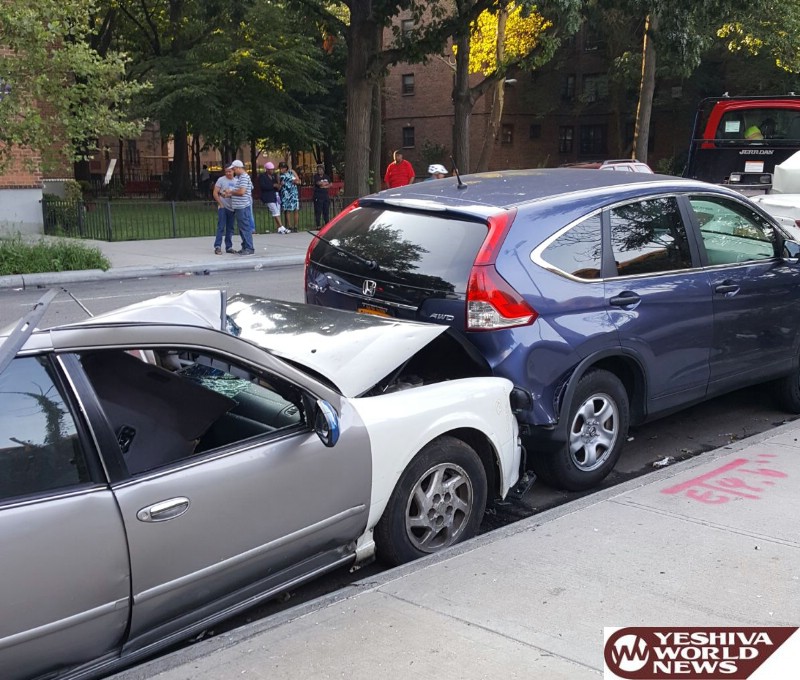 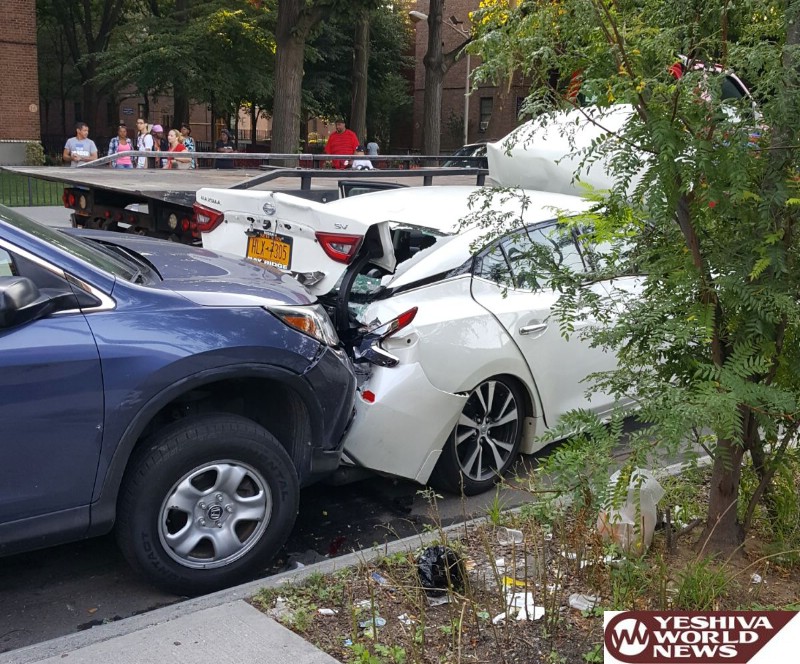 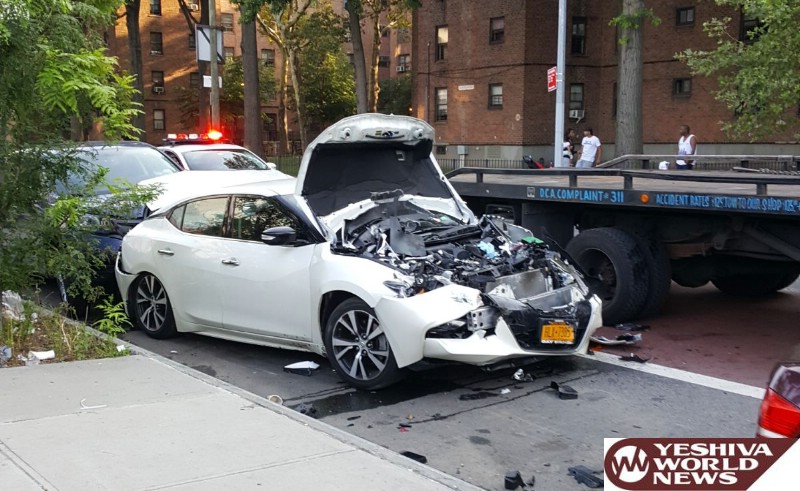