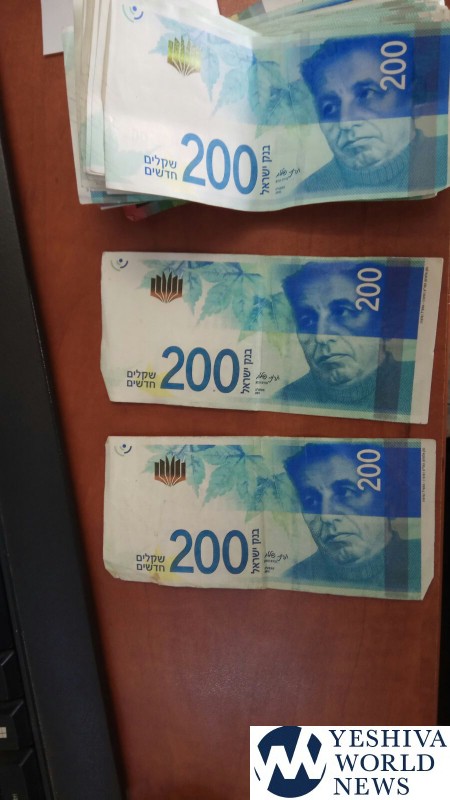 A Bnei Brak police spokesman reported on Sunday afternoon 5 Elul that a store owner on Rabbi Akiva Street reported a man entered the store and tried to buy products with counterfeit 200-shekel notes. Police began searching for the suspect, who was found in a nearby store.

He was found to be carrying two counterfeit notes.

The suspect, a 61-year-old from Ramat Gan, was taken into custody for questioning.