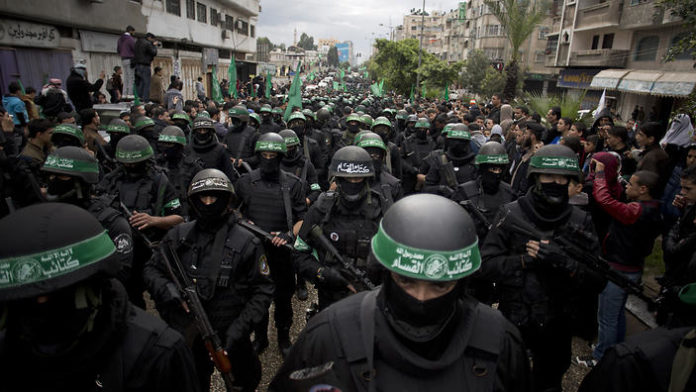 Israel’s Security Cabinet held a special session in order to discuss policy in the wake of the recent agreement of peace between Palestinian factions of Fatah and Hamas.

Prime Minister Benjamin Netanyahu’s office said there would be no talks with the Palestinians unless Hamas agrees to a series of conditions it is unlikely to accept, including recognizing Israel and agreeing to disarm. The reason for this stipulation is that the current Palestinian agreement between the warring factions does not include the disbanding or disarmament of Hamas’ military terror wing.

A statement made by the Prime Minister’s office read: “In keeping with previous decisions, the Israeli government will not hold any political negotiations with a Palestinian government that includes the terror organization of Hamas, who calls for Israel’s destruction.”

The statement continued: “Hamas needs to recognize Israel and cease all terror operations in compliance with the agreement set out by the Quartet. Accordingly, Hamas must disarm, return all Israeli citizens and bodies of soldiers that are being kept in Gaza, agree to give full military control in Gaza to the Palestinian Authority (P.A.), continue to dismantle all its terror groundwork and operations in Judea and Samaria, separate from Iranian influence, and allow for all financial and humanitarian aid sent to the people of Gaza to be distributed by the P.A. and the humanitarian organizations appointed to do so.”

While agreeing to turn over all governing responsibilities to Fatah, Hamas has said control of its weapons is not up for negotiation. That would leave Hamas with significant behind-the-scenes influence over Palestinian affairs, even if does not have an official role in the next government.

Hamas seized control of the Gaza Strip from Abbas’ forces in 2007, leaving the Palestinians divided between two governments. Previous reconciliation attempts have failed, and there is no guarantee that the current round of talks will succeed.

Abbas spokesman Nabil Abu Rdeneh said reconciliation is a top Palestinian interest. “Any Israeli remarks will not change the official Palestinian position to move forward with the reconciliation efforts to achieve the hopes and aspirations of our people in ending the division,” he said in a statement Tuesday night.

Abbas seeks an independent state in the West Bank, east Jerusalem and Gaza. Israel captured the territories in 1967, though it withdrew from Gaza in 2005.

The last round of peace talks broke down in 2014. President Donald Trump’s envoy, Jason Greenblatt, has been shuttling throughout the region in search of a formula to restart talks. His office had no immediate comment on Netanyahu’s announcement.