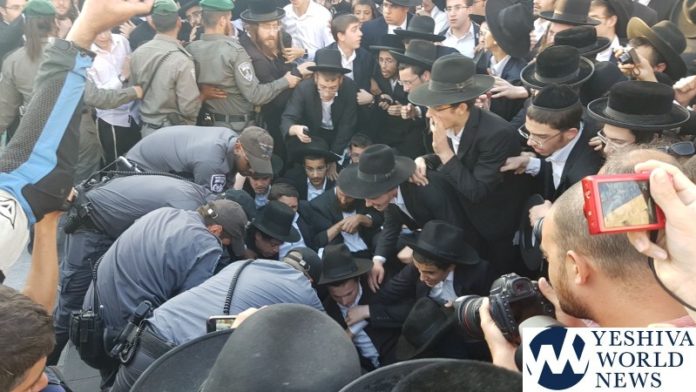 It was the arrest of Peleg-affiliated talmid, Yisrael Meir Kaplinsky, for failing to register for military service that led to the recent wave of Peleg faction protests, which were accompanied by unprecedented violence and many additional arrests. In addition, another 45 talmidim and avreichim wanted for desertion were apprehended and turned over to military police so they too could serve their sentences.

Kaplinsky has been released after serving 20 days in IDF Prison 6. He was given an impressive kabolas panim. He spoke, explaining his koach held up and he is confident they will remain strong and not give into the demands of military authorities.