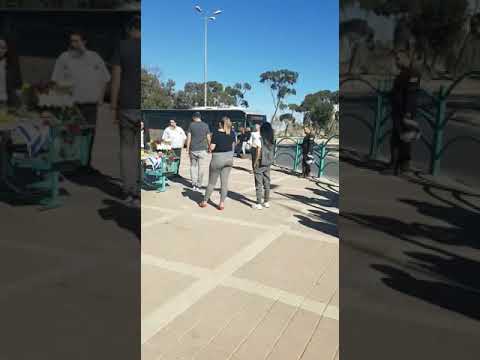 Israeli youths on Sunday, 15 Kislev, gathered at the site of the stabbing attack in Arad last week that claimed the life of IDF soldier Ron Yitzchak Kokia HY”D. Kokia, who served in the Nachal Brigade, was murdered by a lone terrorist who remains at large. He was stabbed and seriously wounded near the Arad shopping mall at about 9:30pm Thursday.

Youths on Sunday decided to mark the location and they began arriving with candles and flowers.