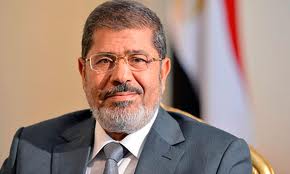 Israel has remained hopeful that once Egyptian President Mohamed Morsi settles into office, steps would be taken to thaw relations between Cairo and Jerusalem but it appears this is not going to occur any time soon. The daily Maariv quotes “a foreign diplomat involved in relations between the two countries” as saying “the relations are now on ice. The political situation in Egypt is very sensitive and they will not agree to any change or upgrade in the state of relations to the level that existed during the Mubarak administration.”

Israel is seeking to widen the relationship with the new administration but at present, lacks an interested partner. This is the situation pertaining to the defense ministries and foreign ministries of the two countries, with Israeli officials finding an unwilling partner on the other side.