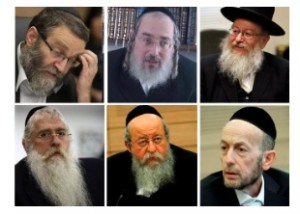 Likud coalition chairman MK Ze’ev Elkin was quoted on Tuesday afternoon 20 Kislev 5773 as stating it is entirely possible the government coalition following the general elections will not contain chareidi parties. He explained that chances of building a coalition that does not include chareidim is not out of the question, Globes reports.

Elkin feels that since the chareidim are not running as part of the right-wing bloc, the Likud owes them nothing and is free to sign agreements with right-wing parties, which may leave the chareidim out of the cabinet.

Elkin was part of a panel discussion at the Hartman Institute, seated alongside Aliza Lavi and Shachar Ayalon.

Elkin further explained, painting a realistic picture of what may occur following the elections, pointing out the issue of military service may be a major one and even if chareidim wish to join a coalition, “there will be a dynamic that we will not be able to agree to and we will not be able to accommodate, hence, I do not know what the actual reality will be but this scenario is entirely possible.”