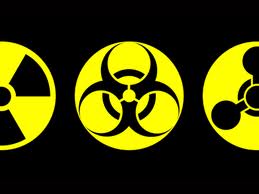 As the international community looks on, seeing the daily slaughter of civilians in Syria, it appears we are witnessing the final days of the Bashar al-Assad regime. In Israel, the unfolding events and imminent fall of the current regime has national leaders concerned, as they have a keen awareness that with the fall of Assad, hundreds of tons of nerve gas and other chemical weapons may fall in the hands of al-Qaeda or other Islamic terror organizations. Ben-David reports the chemical weaponry in Syria represents “one of the largest caches in the world” and this has Jerusalem more than a tad concerned.

According to a report filed by Channel 10 TV News’ Alon Ben-David, Israeli intelligence community officials are increasingly concerned as they understand terror organizations are already vying for the chemical weapons cache, one that includes a large amount of nerve gas. In addition, military experts in Israel have indicated they cannot do this alone and an aerial strike against Syria will not solve this particular problem. For Israel, only the intervention of the international community, in a big way, can ensure the chemical weapons do not fall in the hand of terrorist elements.

The intelligence community is carefully monitoring the horrific events in Syria as they unfold and one can be certain that senior state officials are in daily contact with high-ranking officials of allied nations as they seek to find a solution regarding the chemical weaponry before it is too late.