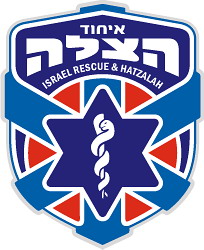 While operating at the scene of a call in Bnei Brak, a United (Ichud) Hatzalah EMT was assaulted by a EMT from another volunteer organization.

The EMT was treating a woman in his 80s, checking blood pressure and preparing to administer oxygen when the ‘rival’ EMT arrived. The situation deteriorated rapidly as the second EMT on the scene began interfering with his treatment, eventually leading to a physical assault by EMT 2 against EMT 1, all while the first EMT tried treating the elderly patient who summoned assistance for difficult breathing.

After the call, EMT 1, from United Hatzalah, filed a complaint at the Ramat Gan police station.

United Hatzalah officials expressed outrage over the incident, but were quick to add, “This individual does not represent the vast majority of first responders who provide life-saving care to those in need. We are certain the actions of the EMT do not enjoy the backing of any life-saving organization. We do expect police and the Ministry of Health to deal with this appropriately to prevent a reoccurrence in the future.”

YWN-ISRAEL adds the EMT from United Hatzalah is a well seasoned responder with decades of experience and is well versed in proper protocol for operating at the scene of an emergency.