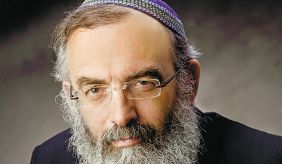 Nothing is certain regarding the race for chief rabbis but it is now being reported that if Rabbi Yaakov Ariel runs for the position of chief Ashkenazi rabbi, Rabbi David Stav will be dropping out of the race, Srugim reports.

Rav Stav, who heads the Rabbanei Tzohar organization, has explained his decision to run was premised on the fact he and his colleagues feel the need to change the face of the Chief Rabbinate of Israel. However, if Rabbi Ariel, who serves as president and posek of Tzohar, decides to run, he does not feel the need to remain in the race and he will bow out to permit Rabbi Ariel to run without opposing him.

As was reported earlier by YWN-ISRAEL, prominent dati leumi rav Rabbi Chaim Druckman stands behind the move to persuade Rabbi Ariel to enter the race.